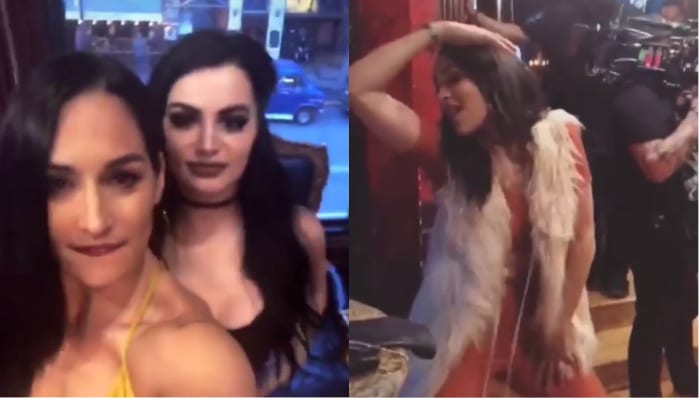 It looks like Nikki Bella wasn’t thinking about John Cena too much last night after they spent some time smashing car windows with Paige.

The Bella Twins and Paige played some billiards and it looks like they drank plenty of wine too. As you can see from their Instagram stories, they were obviously being filmed by more than just a cell phone because a camera crew was in the house as well.

This might end up on Total Divas eventually but they might not be able to include Brie Bella’s epic lip-synch of Soundgarden’s Black Hole Sun due to copyright reasons.

So this should clear things up in case if you were wondering what Nikki and Brie did the night before the Total Bellas season 3 premiere.