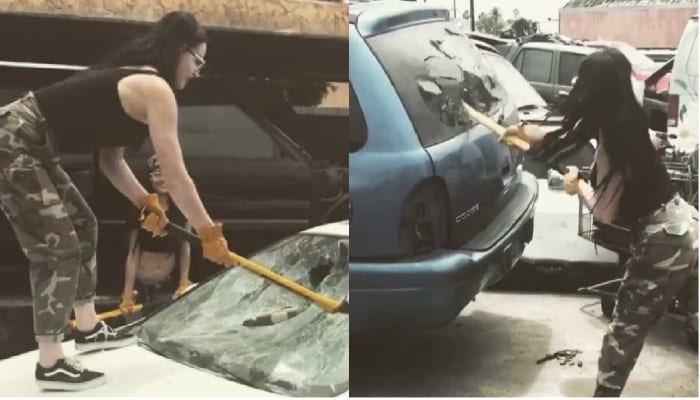 It looks like even though Paige isn’t able to smash heads in the wrestling ring anymore doesn’t mean she can’t cause damage elsewhere.

She said it’s the best therapy session ever which is understandable. It has to be very satisfying and stress relieving to break some glass without any risk of consequence.

The Bella Twins were on hand as well to assist in the damage. They were filming for something kind of upcoming show and obviously had a lot of fun in the process.

Best therapy session ever. Amazing hanging with my sisters @thenikkibella and @thebriebella ❤️