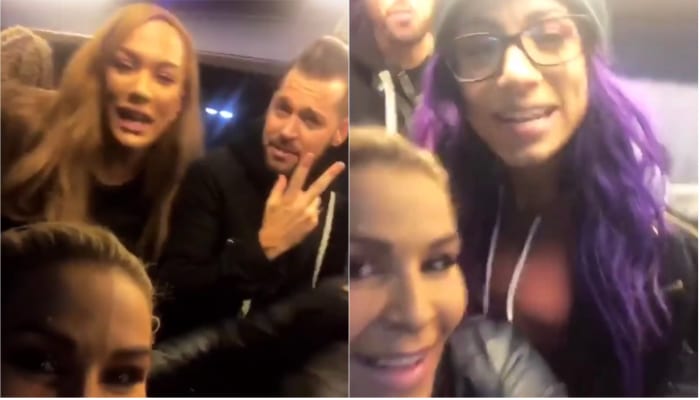 WWE’s European tour is over. Paris was their final stop and the Raw Superstars were obviously excited to spend their last night on tour.

Natalya, Nia Jax, Mojo Rawley, Sasha Banks, and announcer Mike Rome belted out some songs on the bus as they made their way to the Eiffel Tower.

As you can see at the end of the video, Ronda Rousey also joined the Raw crew as well. They’ll be back in the United States soon enough and obviously, they can’t wait to be home.

After such a long tour it’s understandable why WWE gave them time off next week. When your job is traveling around the world and entertaining people it’s always fun. But there’s still no place like home and the WWE roster will be on their way soon enough.