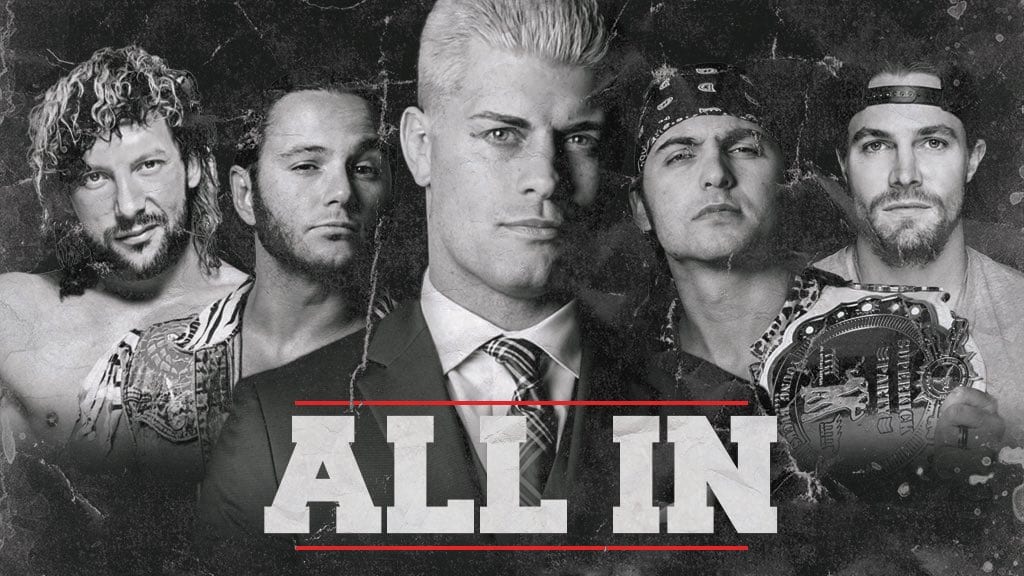 The All In event sold out in no time and now there are many more fans who want to see the show. Cody Rhodes spoke to Wrestling Observer Radio where he discussed the possibility of offering All In on pay-per-view. As it turns out even though they have the ability there could be a few hang-ups.

“Streaming pay-per-view tv basically it being accessible obviously we have talked about it and we have talked to various people who are capable of doing that for us. It’s a matter of maybe the best potential deal. But it’s also a matter of we have guys like Pentagon who is represented elsewhere we have guys like Okada who is representing New Japan Pro Wrestling and we have me, Matt, and Nick who are Ring Of Honor guys but also New Japan guys.”

So All In might not make it to pay-per-view simply because of contractual issues with people already under contracts with other companies. Hopefully, they will be able to figure something out.