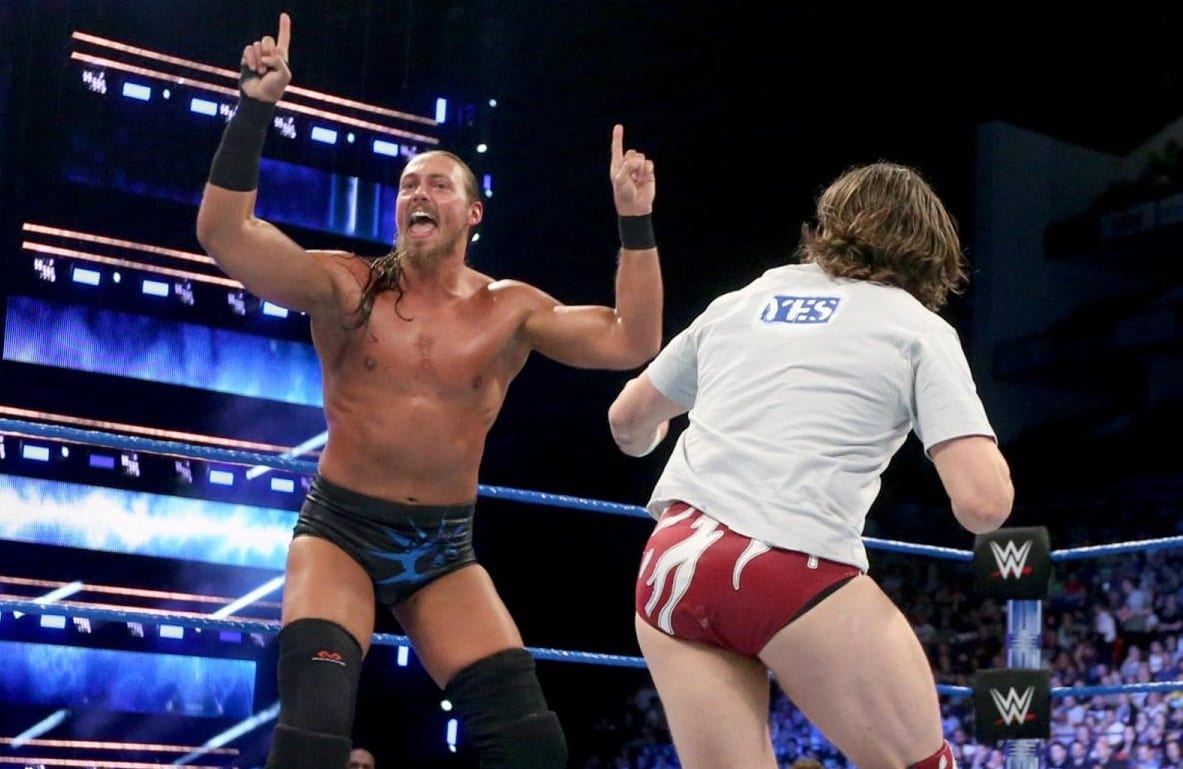 Big Cass might have taken it too far in a recent angle leading up to his match against Daniel Bryan at Backlash. Now it looks like he could be the butt of a few different segments leading up to whatever is next for him.

Bryan Alvarez opened up about this on Wrestling Observer Live where he not only gave a brief refresher of what led us to this point but he also expanded on the situation a little bit.

“This guy’s an idiot and I mean that in the nicest way possible. This is not the first time stupid stuff has happened with Cass. So yeah he got absolutely smashed to death by Daniel Bryan on the show this week.”

“Normally I would say there is nothing to this but when’s the last time a babyface got heat on a heel on a WWE show?”

Big Cass could have an even bigger hill to climb up if this backstage heat is legit.