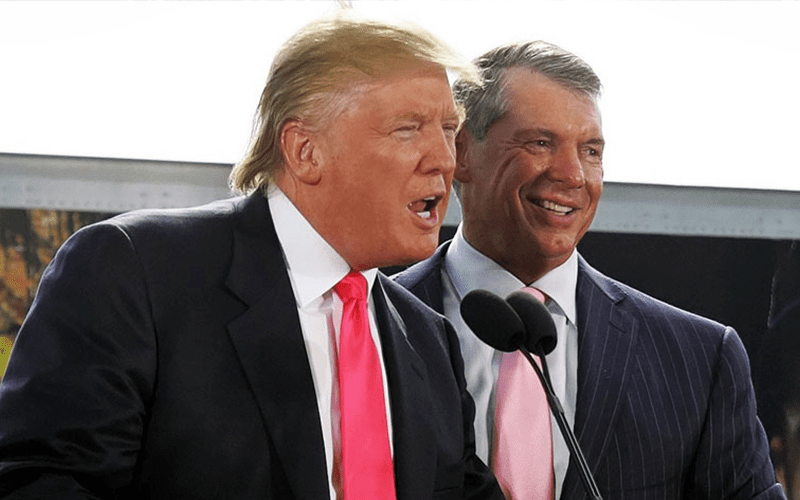 WWE and US President Donald Trump have a pretty tightknit relationship even though it’s nothing they can talk about on WWE television because WWE doesn’t want to upset fans who might not be a fan of the president.

But it looks like WWE could be using a new slogan that is very familiar. One reader sent word that a bus in London was seen with an advertisement on it promoting WWE with the slogan, “Make Monday Great Again.”

We weren’t able to get a picture of this yet, but this is apparently advertising that WWE is going with.