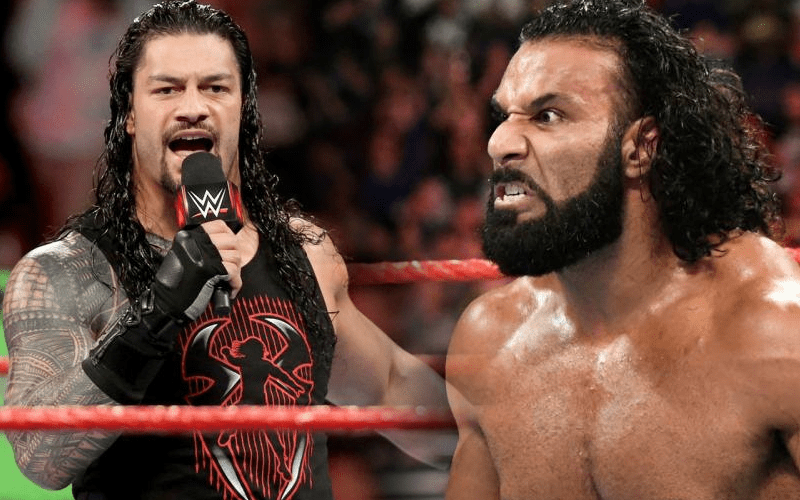 The Big Dog was none too pleased when the Modern Day Maharaja cost him a chance to be in the Money in the Bank ladder match last week. Jinder was supposed to have his own qualifier during last night’s episode from the O2 arena, but Reigns gave Jinder the beatdown of a lifetime before spearing him straight through a wall.

Jinder was replaced by Kevin Owens, who thanks to an assist from Sami Zayn, won the spot in the ladder match in Chicago. Damage done yes?

Last week you stepped up.
This week you got knocked down.
Be smart. Stay there. #B2R #Raw

Roman Reigns is a savage monster.