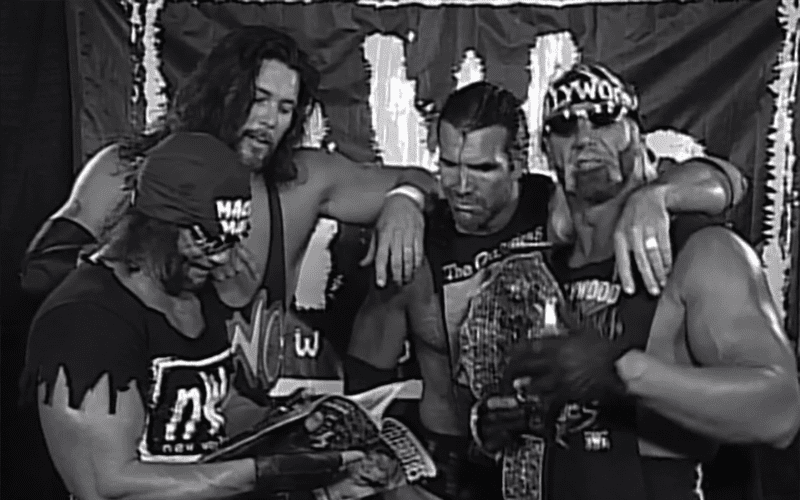 Big Sexy may not be doing too much professional wrestling these days, but he’s still a massive influence on the business. He recently appeared on the Two Man Power Trip of Wrestling podcast to help promote a convention this month in Virginia. On the show Nash covered a variety of topics including the Kliq, and his infamous heavyweight title run as Diesel for the WWF. However, it was an answer he gave about the NWO, and its influences that seemed most notable.

When I met Scott, he was more of a country-western guy and I was born and raised in Detroit so I was always kind of a Motown guy and once West Coast rap got really hot and especially Death Row it was we began listening to Death Row a lot in the car and there was this old Mack 10 song and in this Mack 10 song they rob a McDonald’s and one dude says to the other dude in the car that he’d been wanting to do that for two years and the other guys says that he’d been wanting to do that FOR LIFE, so that is where we got that. Most of our catch phrases and those things we did we got from West Coast rap. Immediately, I remember I put my headband on backwards like 2 Pac. Here is a thirty five year old white guy with his headband on backwards but it worked.

Here’s a clip from the show, but you can also listen to the full interview here.