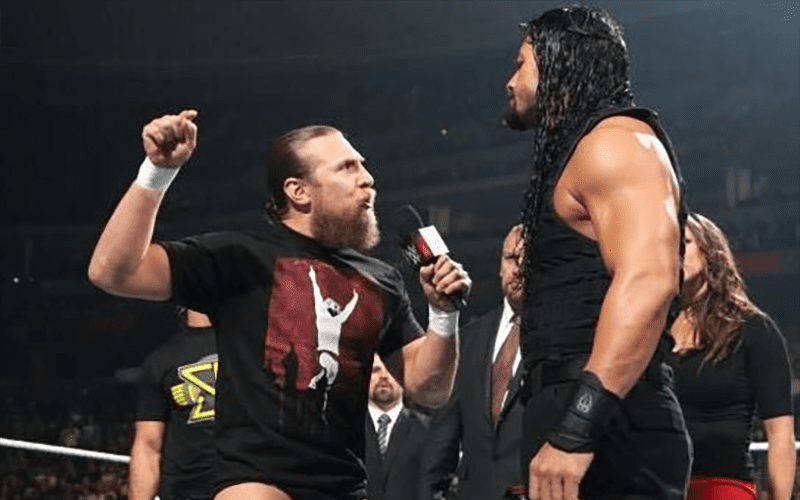 Today’s episode of Monday Night Raw is coming to us from the 02 Arena in London, England. Before the show, the Big Dog Roman Reigns sat down with GiveMeSports Alex McCarthy in an interview that covers a lot of topics including Roman’s feud with Braun Strowman, his thoughts on Seth Rollins, a medical update on Dean Ambrose, and whether or not he would watch C.M. Punk’s next UFC fight. However, It was his comments about a potential heel turn that was most notable. (The full interview has yet to be released but McCarthy has been releasing tidbits of it on Twitter.) (See below.)

Very interesting comments for Reigns on Daniel Bryan: “You want me to turn heel? Put me with @WWEDanielBryan.”

Went on to say Bryan is “one of the best ever to step inside the ring.” #WWE

Reigns and Bryan did briefly cross paths during Roman’s first heavy push towards WrestleMania 31 in Santa Clara. The potential of putting a fan favorite like Bryan against a VERY unpopular Reigns does have the potential to garner great heat for the Samoan.

Would this be a feud that you’d like to see RingSiders? Also check out Alex McCarthy’s full Twitter thread for more on this interview.