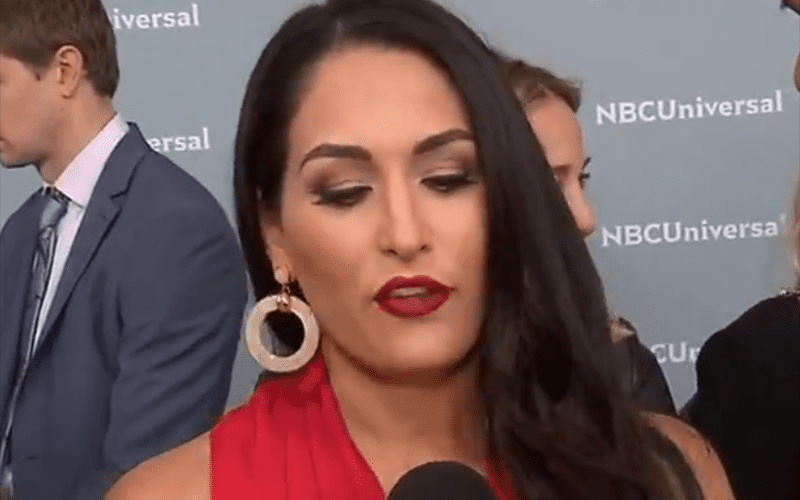 John Cena surprised a lot of people when he said that he wanted to be the father of Nikki Bella’s children. This was a far cry from where he used to be and was reportedly the reason why the couple broke up in the first place because John Cena didn’t want kids.

Nikki Bella was recently asked by Extra about Cena’s comments where she hadn’t heard these comments at all. You can see her reaction when she first hears this news and it seems to be a genuine moment. Nikki and Brie share a moment where the looks at each other before Nikki responded.

Then she went into plugging the next season of Total Bellas.