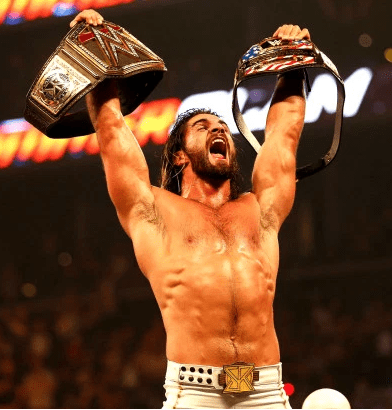 The Architect has been on fire lately. After a program with the tag-team titles didn’t pan out due in part because of his partners Dean Ambrose and Jason Jordan both suffering real life injuries, Rollins earned his way into the Elimination Chamber matchup on the hunt for a Universal Title shot at WrestleMania. He would compete for nearly an hour in a gauntlet match defeating John Cena and Roman Reigns back to back, win the Intercontinental Championship in a triple-threat in New Orleans, defend that belt multiple times across nearly four continents including Saudi Arabia, and has constantly stolen the show on Monday Night Raw with his impressive in-ring performance and charming personality to boot.

Seth Rollins is the guy.

The guy that WWE should invest their long future in, which they clearly are starting to figure out. If not for a terrible injury back in 2015, who knows how long Seth would have remained WWE Champion.

Now the New York Post has an entire entry dedicated to the current Intercontinental Champion, and writer Joseph Staszewski has called Rollins the star WWE has been missing. That wasn’t the only nice thing Mr. Staszewski had to say.

The reason for Rollins’ success is, unlike so many wrestlers, he is the total package. His in-ring style is athletic, fast-paced, high-risk and logical. Rollins, who was also tapped as the first NXT champion, doesn’t appear to jam in too many moves just because he needs to get his signature maneuvers in. They flow naturally in the match, and that’s when wrestling is a beautiful art to watch.

Check out the full article here.