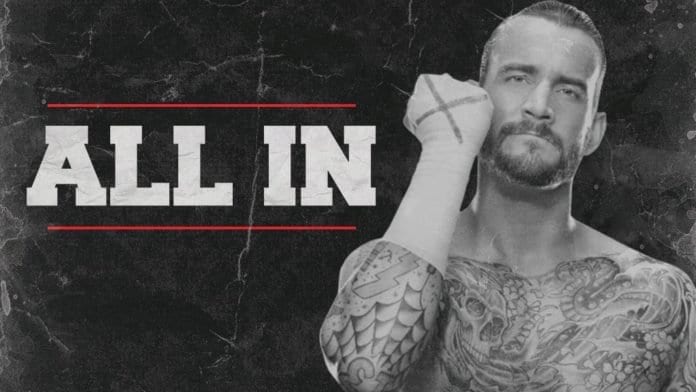 The All In press conference has come and gone and although CM Punk was only announced for his appearance at Pro Wrestling Tees the day before the big event, it’s not out of the realm of possibility just yet that he could do something on the show.

Dave Meltzer discussed this idea on Wrestling Observer Radio where it doesn’t sound like it could be that big of a stretch to picture CM Punk being All In.

“But certainly him being on the show. I think the idea of seeing his promo even if he doesn’t wrestle, the idea of him doing a promo at this stage in the game would be interesting.”

Even if CM Punk is allowed to take the microphone during this show, his current lawsuit with WWE might hinder him from doing or saying much. But you can never say never in pro wrestling.