Ross opens today’s show by pointing out that WWE’s Backlash PPV wasn’t received well by many fans or critics. Ross doesn’t think we should be surprised because Backlash followed two giant shows in WrestleMania and the Greatest Royal Rumble. He thought the effort was there from the talent, but he didn’t think the fans were overly kind during that show. He also notes that he saw a lot of fatigue from talents on that show.

Speaking about the ongoing notion that Roman Reigns should turn heel, Ross thinks this will play out over time and he thinks Reigns will eventually evolve into what he’s supposed to be. He doesn’t think Reigns is lost and he definitely doesn’t think Reigns belongs in the scrap heap. Much like Nakamura, Ross thinks Reigns might be better suited as a villain, but he’ll be patient in order to see what happens in the future. 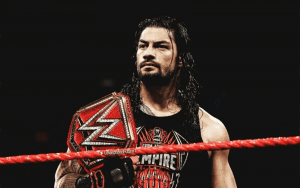 Ross informs that he’s received some criticism over the comments he made last week regarding the Greatest Royal Rumble. He suggested that the female talents shouldn’t be paid for the Greatest Royal Rumble because they didn’t work the event, and he stands by those comments. He notes that he’s a huge supporter of female wrestling and always has been, but he doesn’t see why any performer would be paid when they didn’t work the show.

Ross mentions that he’s pulling for Cody Rhodes and The Young Bucks, as the prepare to launch ticket sales for their self-financed “All In” event. He notes that these men have the same entrepreneurial spirit that he had when he was their age, and he really wants to see them succeed.