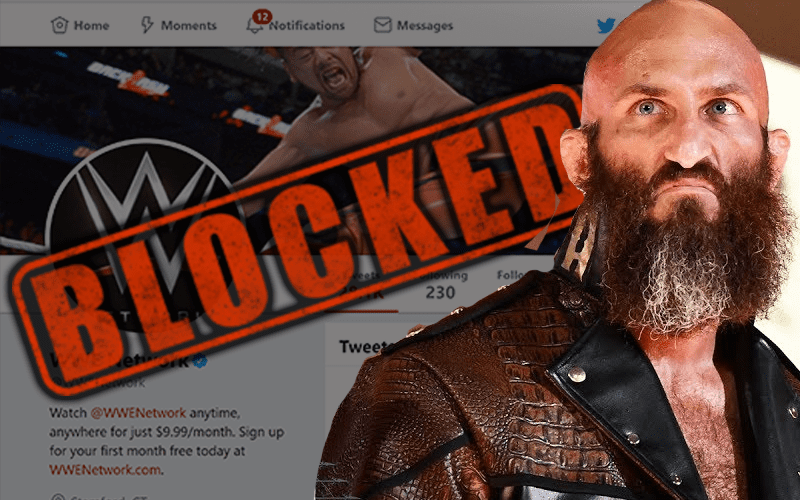 Tommaso Ciampa’s current gig in the WWE is to obliterate everything and everyone on sight. In the ring, he delivers the physical pain but on Twitter, the man is known to pull off unique tactics to antagonize his victims.

This time around looks like Ciampa has taken it a step further. Ciampa had his 33rd birthday yesterday and therefore he was wished by the official Twitter handle of the WWE Network.

However, the hothead heel didn’t want any birthday wishes, even if they came from his own place of work. He blocked their Twitter handle and asked them to “GO AWAY”:

It is just impossible to turn this guy into a babyface again. It seems like he is destined to be one of the most outstanding heels the company has ever seen.

What did you think about this crazy situation? Sound off in the comments below…