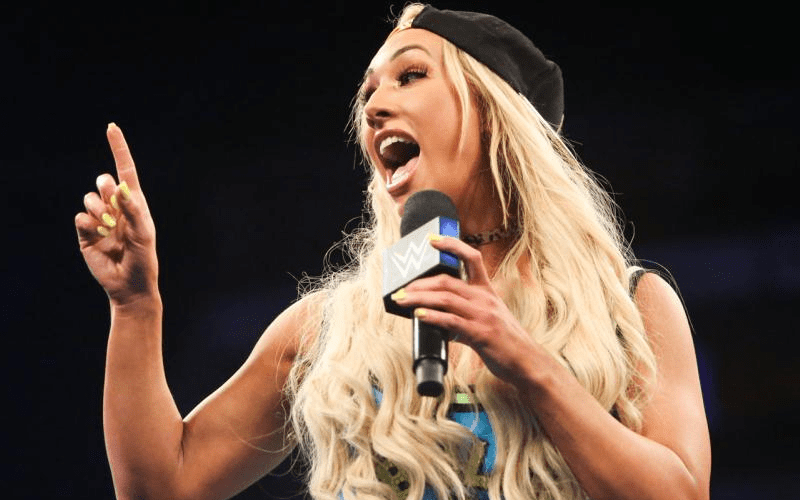 Carmella isn’t afraid of stirring up some controversy. Since debuting on SmackDown Live she found herself moonwalking and trash talking into a SmackDown Women’s Championship reign and loving every second of it.

It’s interesting that WWE kept Carmella out of the view and chants of the live crowd this week on SmackDown Live where she only cut a promo video backstage hyping her win over Flair at Backlash. WWE possibly didn’t want any chants about her rumored relationship to creep out onto television. But Carmella apparently had no problem letting fans come at her on Twitter.

The SmackDown Women’s Champion recently tweeted out a picture of herself saying, “Good morning, trolls! What are y’all mad about today?!” and so far she’s received a fair amount of responses. A number of replies have ranged anywhere from botched collagen jobs to posting memes of a smiling John Cena.

So Carmella might still not be addressing any rumors but she’s certainly not denying anything while leaving the door wide open for trolls to let her know what they think.

Good morning, trolls! What are y’all mad about today?! 💋 pic.twitter.com/bKlJbWnin7