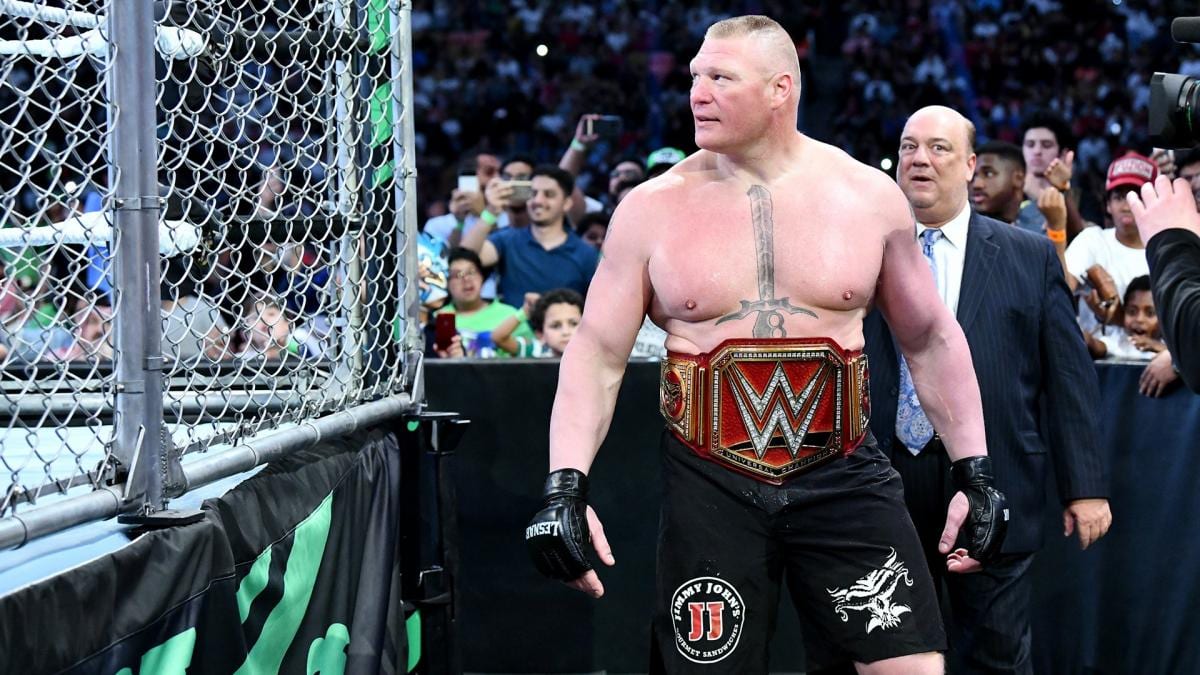 Brock Lesnar is a huge draw in WWE even though he keeps teasing another jump to UFC.

Bryan Alvarez was recently asked during Wrestling Observer Live why WWE keeps Brock Lesnar around in spite of the fact that he costs so much and is never around.

“They’re not losing one dime on the Brock Lesnar contract. They feel he is a transcendent star. They feel that he is a guy who when he main events he’s going to sell Network subscriptions and they feel that he is such an unstoppable force that when someone finally beats him they will be elevated and they will be a money draw from that point forward.”

So love him or hate him, it looks like WWE still looks at Brock Lesnar and sees dollar signs for not just for him but for anyone who could possibly defeat him down the line.