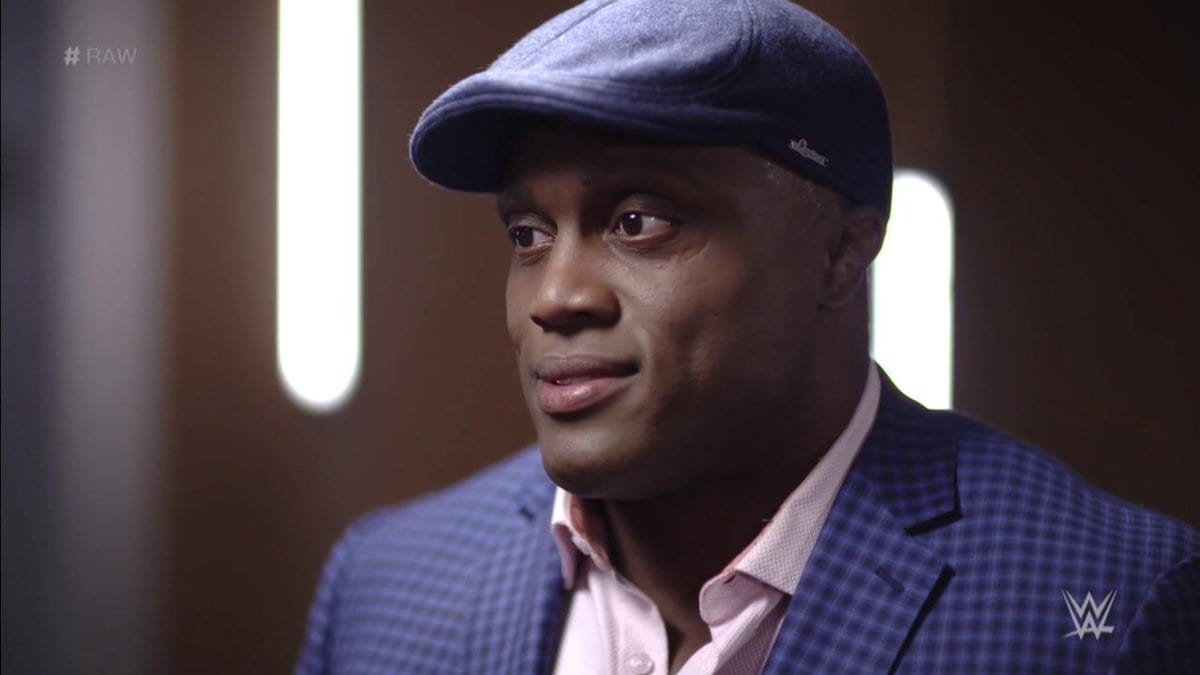 Bobby Lashley’s character on Raw desperately needed some kind of substance to his character. But it looks like WWE hadn’t figured out a way to use him yet or tell his story. This why an interview segment was set up with Renee Young this week on Raw.

After the interview was all said and done the only obvious thing was that Bobby Lashley has sisters who he loves. But Dave Meltzer pointed out during Wrestling Observer Radio that they actually didn’t tell a much more amazing story during his interview segment.

“What’s amazing is the Olympics story is actually a phenomenal story and they didn’t tell it. He was training for the Olympics and then he hurt his knee. You know how he hurt his knee? He was at the bank and somebody came in and they robbed the bank with guns and they started shooting and he dropped to the ground to avoid being shot and in doing so he blew out his knee which is a hell of a story.”

“It’s not like he was training and he sprained his knee and lost a shot at the Olympics.”

Bryan Alvarez commented saying instead of telling a fantastic story about Lashley, he came off “a little weird” instead.  How would you save Bobby Lashley’s character at this point?