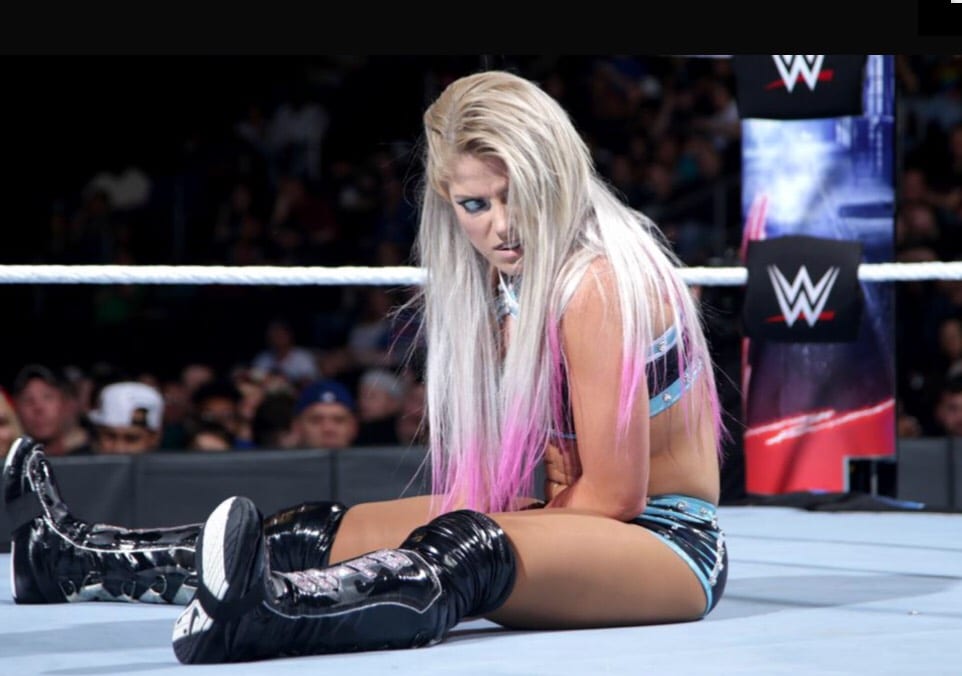 WWE reported that Alexa Bliss was injured during her Raw Women’s Title loss at Backlash against Nia Jax. But for whatever reason, it seems like it was just a close call and Alexa Bliss is fine.

Nia Jax was to blame for this near injury and one fan recently came at her online saying, “did you see that unsafe worker Nia Jax has injured the Goddess Alexa Bliss, Sasha, Asuka, Charlotte first and now the queen of women’s wrestling.”

The Irresistible Force replied saying Alexa is perfectly fine and blames a fake injury for not being able to win at Backlash. Bliss is also scheduled to be on the UK tour so Jax said: “you and all your troll friends can come worship your coward goddess.”

So there you go, it looks like Alexa Bliss escaped this one without any kind of lasting injury.