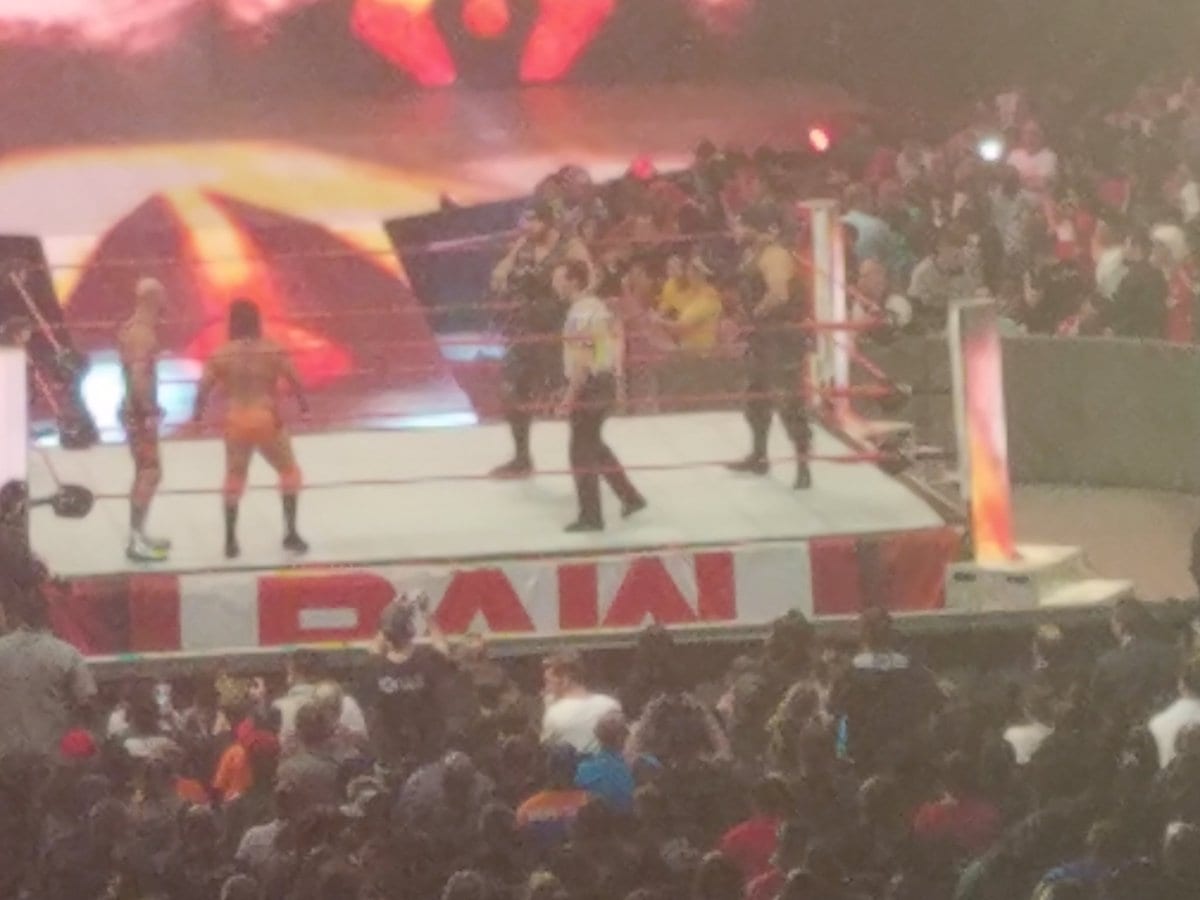 WWE decided to have a dark match in the middle of tonight’s RAW episode, something that doesn’t happen very often.

The Authors of Pain defeated two local enhancement talents when they aired a pre-recorded interview with Renee Young & Bobby Lashley. Below is a photo from the match.