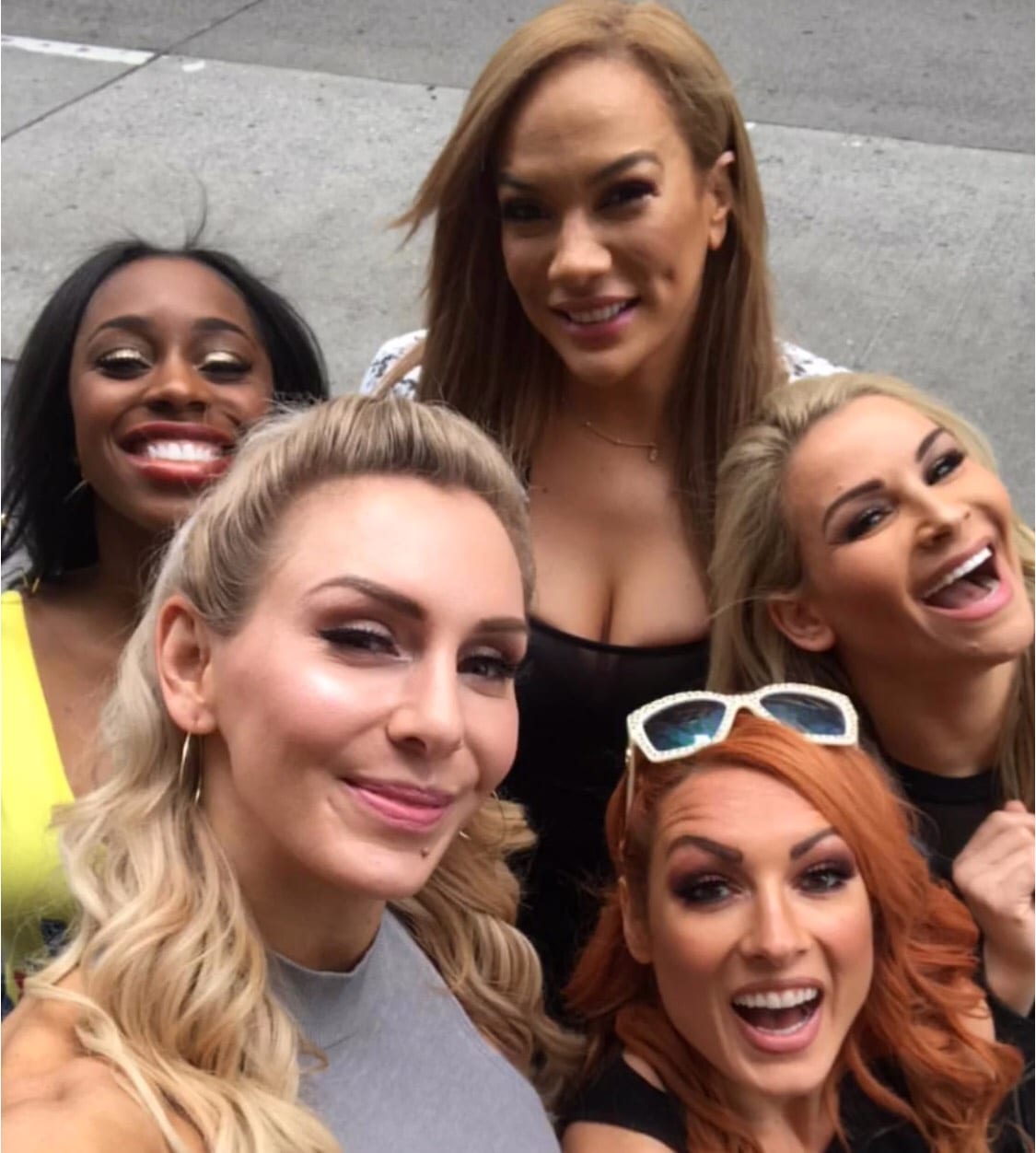 If you’re not familiar with Carpool Karaoke it’s a highly entertaining segment on the Late Late Show with James Corden where celebrities ride around singing to popular songs. It is usually hilarious and gives fans a chance to see another side of some of Hollywood’s most famous celebs.

Now it looks like a handful of WWE’s top females are getting the chance to ride around and sing at the top of their lungs because several of them were in New York City today filming for the show.

They kept fans up to date via Instagram stories and you can see Naomi and Natalya’s posts documenting their experience below. Nia Jax, Charlotte Flair, and Becky Lynch were also on hand for the segment and everyone seemed to have a great time.

The New Day were also among those who were invited to take part in Carpool Karaoke as well. Braun Strowman and Alexa Bliss are also a part of the segment which makes us wonder who else the Late Late Show could have pulled from WWE to sing along with the radio.