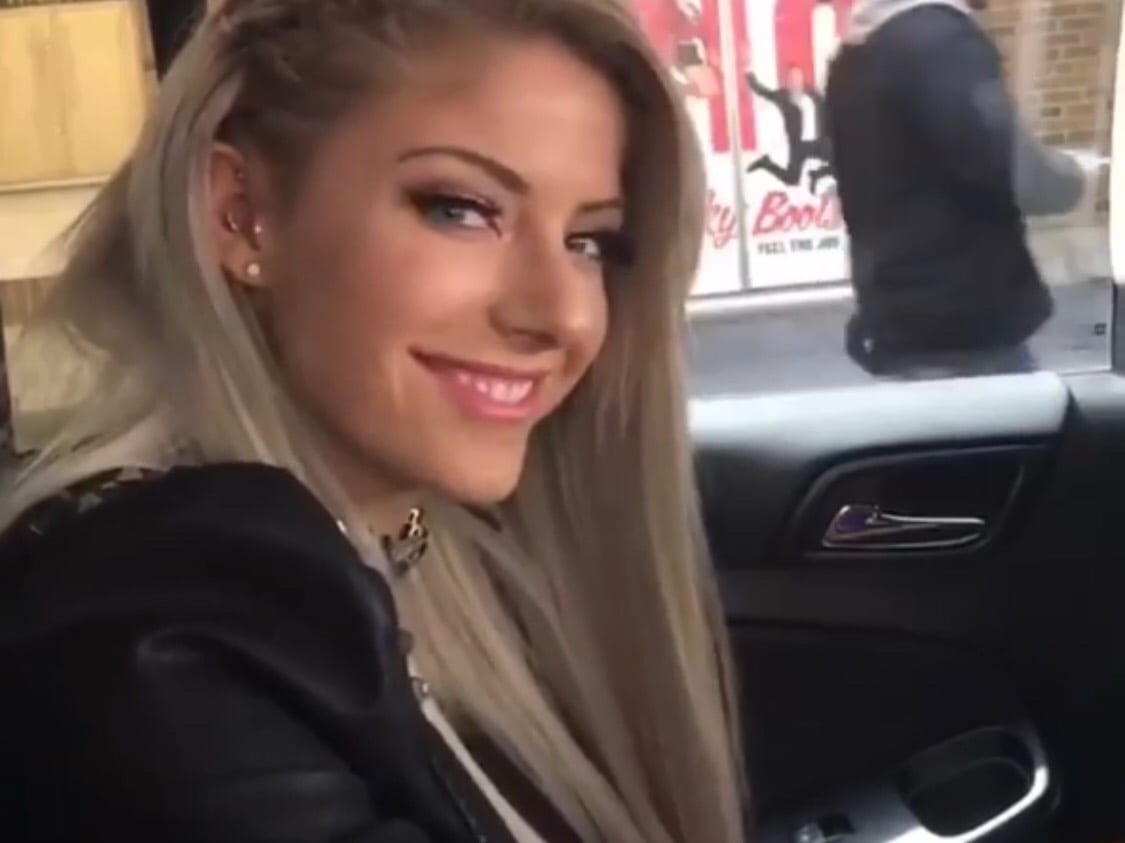 If Alexa Bliss was injured during her Raw Women’s Title match at Backlash then you wouldn’t be able to tell the next morning because she was back on the road with WWE. But she wasn’t on her way to wrestle a match, instead, she was on her way to sing.

It turns out Bliss was one of the many Superstars booked for Carpool Karaoke. Alexa showed up with her Team Little Big partner Braun Strowman and looked to be in great spirits. So if she’s injured, you couldn’t really tell from this little clip of her smiling and playing with her hair as Braun caught her unaware she was being filmed.

Of course, only time will tell how bad Alexa Bliss’ injured shoulder is but the fact she wasn’t rushed to a doctor the next morning is a good sign. Hopefully, WWE’s doctors will have good news for her when they get a chance to check out her shoulder.