Russo is joined on today’s show by his co-host, Jeff Lane. They will discuss last night’s Backlash PPV.

Russo opens the show by pointing out that there was absolutely no reason to watch Backlash because it was over 3 hours in length, and didn’t have any characters, storylines or stakes. Lane agrees, pointing out that even the marks in attendance didn’t want to be there by the time the show ended. Lane wonders why people continue to watch WWE if they don’t like it, and he realizes that it’s primarily out of habit. 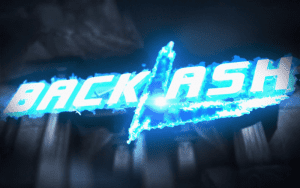 The Intercontinental Title match between Seth Rollins and The Miz opened the show, and Russo wonders who/what Seth Rollins is. Rollins might have catchphrases like “Burn it Down” or nicknames like “The Architect, but what’s his character? Russo also adds that there was no storyline leading up to this match, and Lane points out that WWE screwed themselves by moving The Miz to Smackdown, effectively preventing themselves from building towards this match.

Elias is one exception to the “no character” rule since he actually has a character, but Russo points out that his character is being wasted because WWE doesn’t do anything creative with him. He adds that The New Day are so played out right now that he can’t see how anyone on the planet can care about them anymore. This is not the talents’ fault, it’s more of a creative issue.