Russo says that for a company as smart as WWE, they make some awfully stupid decisions sometimes. Just a week after they went to Saudi Arabia, leaving their female employees and competitors behind, Stephanie McMahon has launched a “She Is” movement. In the eyes of a lot of people this is a very hypocritical move from the company.

Gilbertti points out that WWE has never really cared about this type of thing, and he doesn’t think they give a crap whether people call them hypocrites for this move. He also doesn’t think WWE’s Board of Directors care, because if they cared WWE wouldn’t have went to Saudi Arabia in the first place. 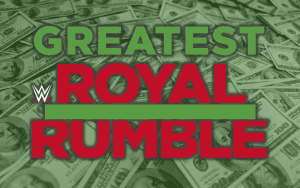 Lane thinks WWE received more backlash about going to Saudi Arabia than they were expecting, and they wanted to do something now to reverse this negative press. Russo understands all that, but he just thinks the timing of this makes WWE look like severe hypocrites.