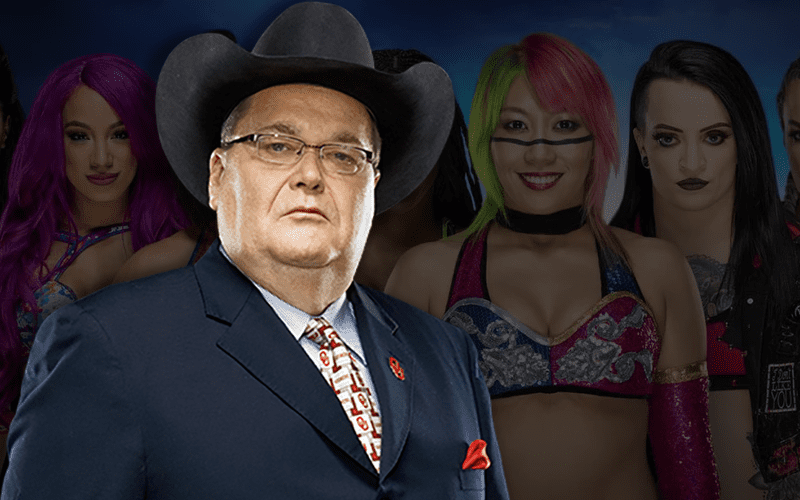 The Greatest Royal Rumble is in the past but we can’t stop talking about it. There are so many layers to peel back in this situation and Jim Ross recently addressed a controversial one on The Ross Report.

The WWE Hall Of Famer opened up on his opinion of what WWE should have done in regards to paying female talent for the show. There are conflicting reports on whether or not WWE actually paid them because the checks wouldn’t be cut yet anyway but we’ll likely know in time. However, Jim Ross obviously doesn’t think WWE should be adding that date to the female talent’s paychecks.

“I don’t know why it would be that way. It’s not everybody’s right to be on any card. You earn your right to be on the card. And the women have done a phenomenal job and I am as big a supporter of women’s athletics in general, hey I’m a season ticket holder to the OU women’s basketball games. I’m a big fan of the OU women’s softball team who are defending national champions. So I’m a big fan.”

“But I believe the same thing as I do about WrestleMania. It’s not your birthright to be booked. It’s like playing in the Super Bowl. It’s not your right as an NFL player you earn that right to get in that game.”

“So I believe the women I don’t know if they were paid or not. I don’t know why they would have been paid and I may piss some people off but I’m just being honest. It’s my problem I have sometimes, being honest.”

These are pretty bold statements, but WWE’s former head of talent relations also makes a solid point. What do you think WWE should have done?