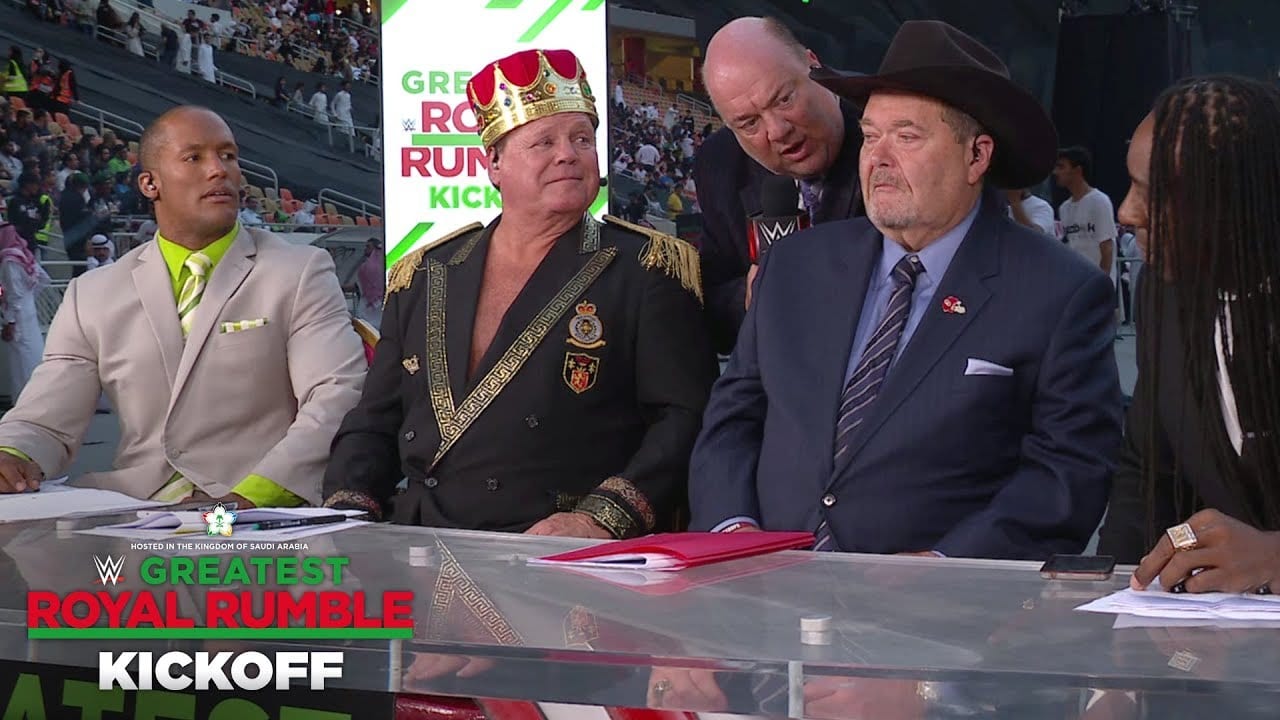 Jim Ross and Jerry Lawler made the trip to Saudi Arabia but some people commented on how tired they looked to be in Jeddah.

But Ross had a lot to say on the Ross Report to people who commented on him looking stoned or drunk during the Saudi Arabia show.

“I got criticised on Twitter by some little gutless pissants that wanted to say, ‘JR looked either stoned or drunk.’ I can assure you that you don’t get stoned or drunk when you visit Saudi Arabia unless you’re really looking forward to meeting Omar at the prison. I ain’t interested in that.”

Jim Ross went on to apologize for him and Jerry Lawler for being in their 60’s and looking fatigued. The WWE Hall Of Fame announces team had a tough travel schedule as well which only added to the situation. But there were no mind-altering substances at play in Saudi Arabia especially considering the country’s strict laws.