We had reported earlier that NXT Superstar Tino Sabbatelli had suffered an injury at a live event in Largo, Florida. The details of the injury have now emerged and it seems like the NXT Superstar has already gone under the knife.

Sabbatelli tore his pectoral muscle in his match against Velveteen Dream at the above mentioned live event. He underwent a surgery for this injury and it will bench him out for the next 6-9 months.

Sabbatelli recently took to Instagram to post a picture of him in the hospital bed possibly after the surgery. The former NFL player vowed to come back stronger from his gruesome injury: 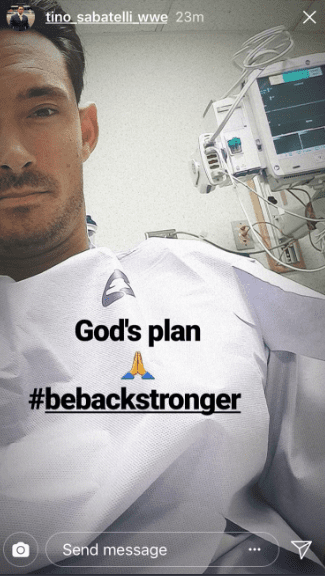 What do you think about this unfortunate injury that fell upon Sabbatelli? Sound off in the comments below…