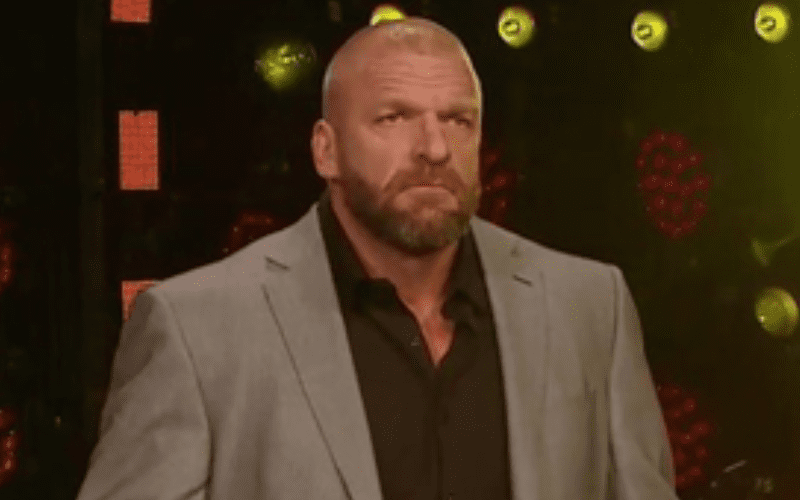 One of the WWE’s most memorable pay per view events in history is SummerSlam 1992 from Wembley Stadium in London, England. A crowd of 80,000 witnessed their hometown hero Davey Boy Smith defeat the ace at the time, Bret Hart, for the Intercontinental Championship in the main event. That stadium is constantly considered one of the best SummerSlam’s of all time, and the final bout is referenced as one of the I.C. belt’s greatest rivalries in its prestigious history. With that in mind, the WWE has not run many major events in the U.K. since, even with the fan base campaigning for a big four event, specifically WrestleMania.

It’s nice to know that their cries are not falling on deaf ears.

COO and “King of Kings” Triple-H spoke with Sky Sports regarding the success of the Greatest Royal Rumble in Saudi Arabia. He also addresses all of these requests, and assures the loyal British following that they hope to return to England for a major event outside of their normal European tour soon.

It’s definitely something we’re looking towards but when people say ‘just do it’ – we do 560 live events a year, we do an average of 9-10 live events a week and they’re planned out a year, sometimes longer, in advance. One change dramatically affects the entire puzzle so it’s a process we’re going through. But we will get there. For everybody that’s waiting it seems to be forever but we will get there, I promise. There are a lot of aspects to it. It’s about getting the right people in the right places to be able to put on a strong event with a good calibre and for it to be meaningful to the rest of the globe.

On the possibility of Mana taking place in London:

If you’re going to set an ambition, set it high. As we always say, never say never. WrestleMania is a week-long series of events and the logistics of executing that week along with the week leading into it and the week after it are extraordinarily difficult in our own back yard. Can we get there? Sure, maybe over time. We would take steps in that direction and those steps are probably other pay-per-views.

And what he hopes for in the meantime.

From my point of view I’d like to bring other meaningful events through WWE, whether that’s NXT or the United Kingdom championships, taking international brands and putting them on in those markets.

It’s clear Hunter has giant ambitions, but with the demand for the product and the emerging wrestling scene throughout Europe, I wouldn’t be surprised if we see a Royal Rumble or SummerSlam back in the U.K.