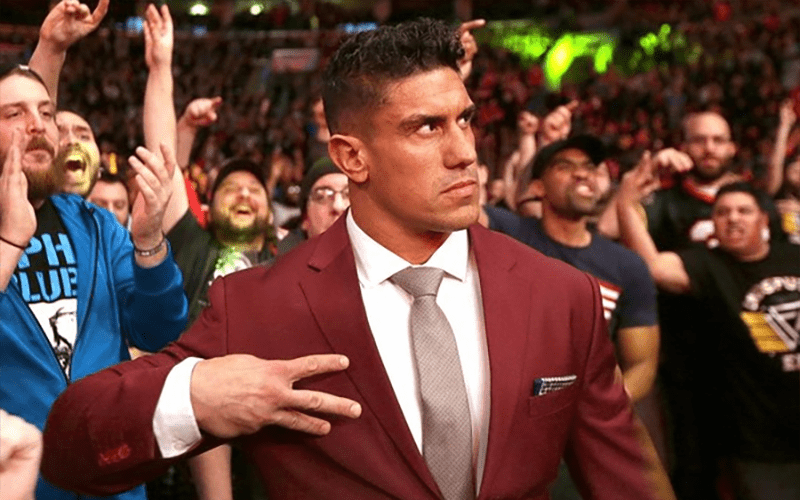 The Top One Percent has already made waves since he showed up at Takeover Philadelphia, and put up a hell of a fight in New Orleans in one of the best multi-man ladder matches of all time. It seems that this time around with WWE, EC3 has a better understanding of who he is. That’s according to him in a sit-down interview with Byron Saxton for WWE.COM. The two discuss a variety of topics, including Ethan’s immediate goals, possible future opponents, and how this run will differ from his first tenure with the company. He had a quick response for that last one.

Upon my return at NXT TakeOver: Philadelphia, I came to the realization that, after all these years, I know who I am, and there is victory in that. I have been through professional and personal hells. In the past, I was misguided. I was happy I got to live my dream as my profession and be one of the boys. Enjoy time with friends and family, fall in love and show up every day with a smile on my face and a good attitude. I was satisfied with just working really hard, and if it’s not my time, well, we’ll get them next time! I was optimistic and lost. Now I take everything personally. This is a ruthless world, and one must be ruthless to cope with it. I do not have a dream; I have a vision. I do not seek happiness. I seek success. The only comfort I get in life is victory, after victory, after victory.

And one asked about his newest mantras:

One thing is for certain…it’s good to have the charismatic Carter back in NXT considering how hot the brand is right now. Seems like it can really benefit the both of them.