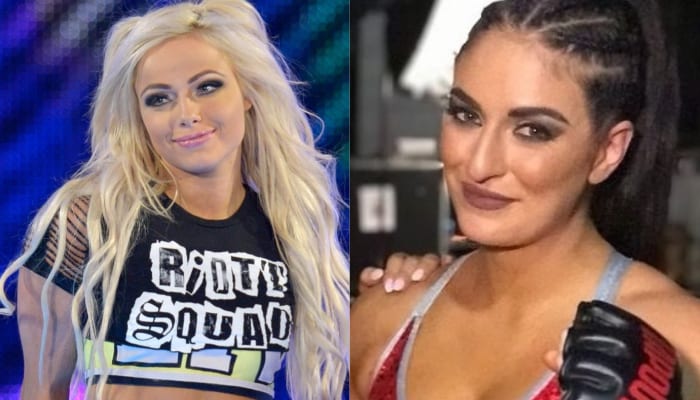 Absolution might not be a thing anymore but it looks like Deville might need some backup if she wants to take on Liv Morgan because she doesn’t go far without her Riott Squad sisters. But Deville might want to get a piece of Morgan anyway.

Liv tweeted out calling Deville “lousy Rousey” referring to her MMA background and how her achievements are nothing compared to Ronda Rousey’s.

This might not have sat too well with Sonya Deville because she fired back calling Morgan out for having a blue tongue, being desperate to get noticed, and not being relevant.

It might have been a playful exchange between the two, but who knows if there could be something else there? This could always find its way into the ring if WWE can figure out how to get past the fact they’re on two different brands. But maybe that’s a good thing at this point.

Okay.. 🤔 Coming from the girl who has to color her tongue blue to even get noticed … #stillnotrelevant 😂😂😂 https://t.co/pMk7xutkSs