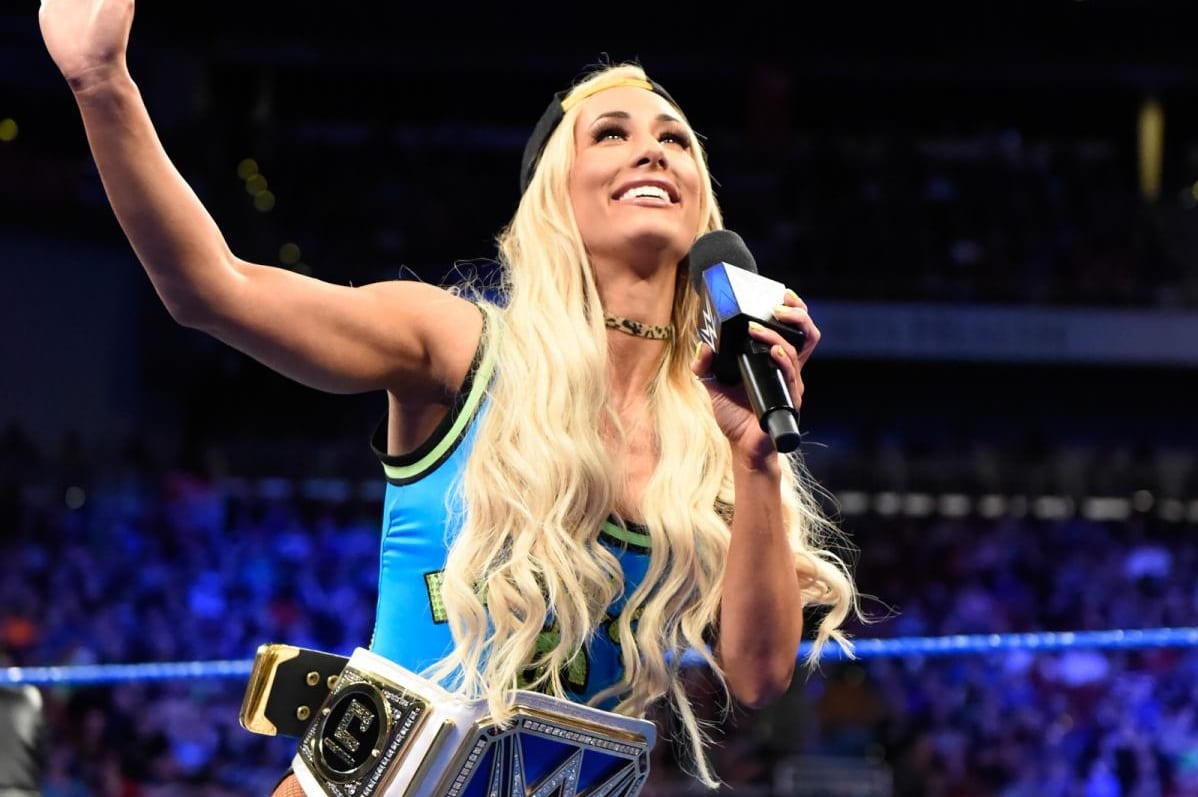 Carmella is in pretty high demand since picking up the SmackDown Women’s Championship. Now it looks like she could be leading a stable pretty soon if the hints WWE dropped on SmackDown Live this week really means an Invincible partnership between her and The IIconics is on the way.

One TJP superfan tweeted out to Perkins saying that a picture of him and Carmella would make her day. Then the former WWE Cruiserweight Champion replied saying that he asked Carmella but she charges for pictures.

And that is WITH the WWE discount. https://t.co/Pe3hY1Rwf0

Apparently, Carmella didn’t have change but TJP got his selfie with the SmackDown Women’s Champion anyway.

…but at least she was nice enough to still take the selfie with me…and the money. #WWE #Smackdownlive #205live #TJP #CruiserGreat #FilAmFlash #ForeverChamp #MellaIsMoney