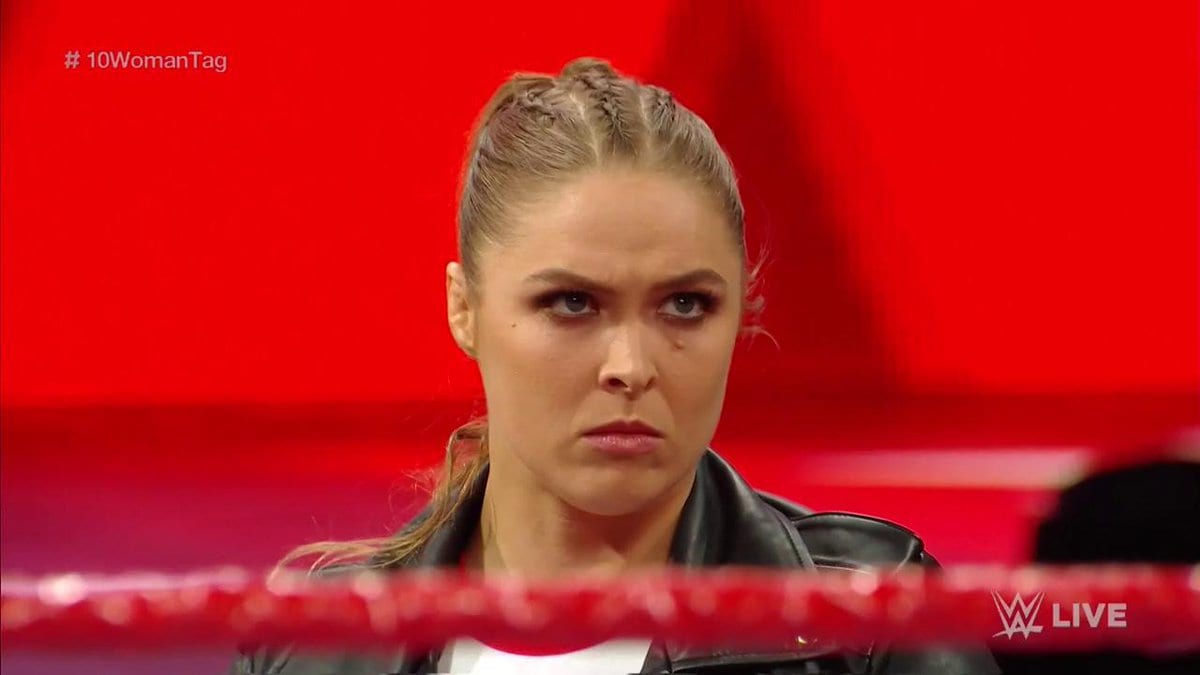 Ronda Rousey’s role on Raw has been the subject of recent conversation. But one move that she made on Raw this week was especially interesting.

Dave Meltzer discussed the spot on Wrestling Observer Radio this week where Nia Jax got in the ring after Natalya’s match. The Raw Women’s Champion took a second and ended up smiling and raising the babyfaces’ arms in victory. But this could have meant a lot more in the longrun.

“I think that there was something there. You know in the long run I think that obviously at some point they are going to do something with Ronda Rousey and Nia Jax. It’s natural, so this was like step one of it. But I just felt like it was trivializing Ronda Rousey, she didn’t serve a purpose. She shouldn’t be on television every week. If she’s on television every week she’ll be less of a star.”

So we might have Nia Jax vs Ronda Rousey on the way eventually.