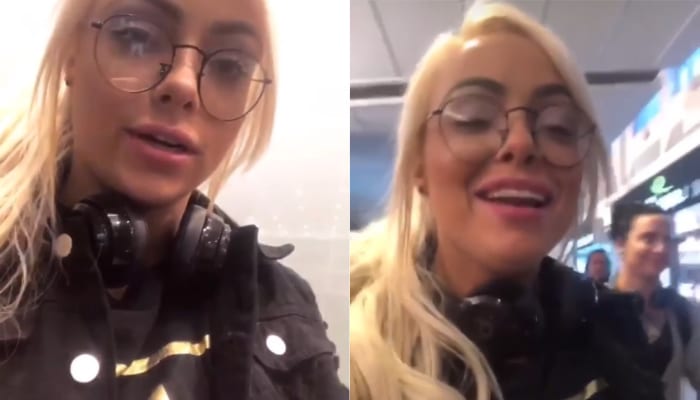 You never know what can happen when you travel, especially when Liv Morgan is around.

Morgan was feeling pretty confident with her Riott Squad sisters as they boarded a plane headed out of Canada but apparently she spoke too soon. Just as Morgan thought her bad had avoided a dreaded check from TSA they grabbed her luggage for a more thorough search.

After Morgan’s bag was selected to undergo an extra bit of security clearance this gave Sarah Logan and Ruby Riott plenty to joke about. It’s a good thing Morgan wasn’t trying to smuggle anything out of the country.