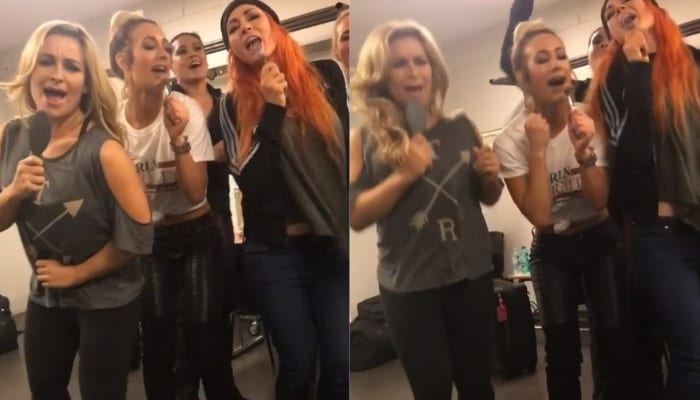 WWE Superstars have a lot of fun on the road and there’s a reason why they’re pro wrestlers and not singers. Even though some of them might have great singing voices it seemed like they were in full-on karaoke mode recently when several members of the roster decided to belt out a Whitney Houston classic.

This video might have been captured before the Superstar Shake-Up but Natalya recently decided to post a hilarious clip of her girls backstage singing away to Houston’s “I Wanna Dance With Somebody.”

As you can see everyone seemed to be having a great time until Naomi stepped in and didn’t seem to get it.