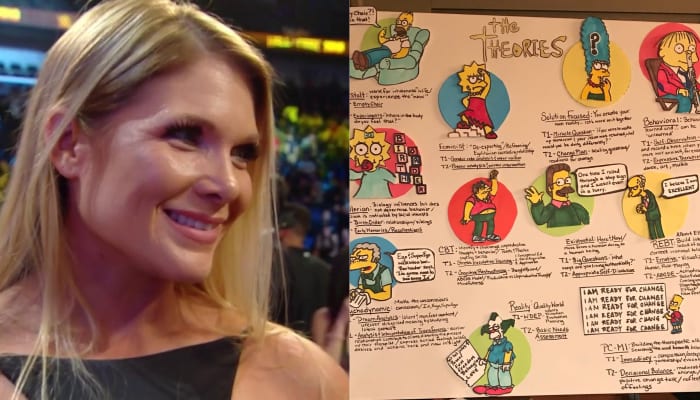 Beth Phoenix is a WWE Hall Of Famer and has worked hard to gain the respect of the WWE Universe. She has even popped up on commentary recently where it seems she could have a budding new career in WWE.

But Phoenix is also in Graduate School and studying her butt off too. She recently had a big project due in her theory class as well but Beth decided that she needed to kick it up a notch.

As you can see, Phoenix related her subject matter to the Simpsons Universe and she did a great job too. Let’s hope she gets an A because it looks like she deserves it.

Just spent about 7 hours trying to put a memorable, creative spin on my final project for Theories class. I’m pretty proud of this! Here’s hoping My professor likes it! @TheSimpsons @WCUGradSchool pic.twitter.com/lyUzQskOIJ