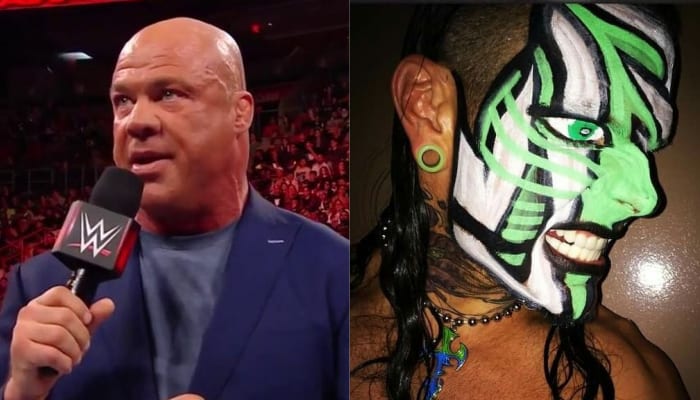 WWE Superstars influence children all over the world and it looks like Kurt Angle is learning the persuasive effects of Jeff Hardy on one of his own children.

The Olympic Hero recently posted a picture of his daughter who had just gotten her hands on a magic marker. Naturally, Angle blamed Jeff Hardy for his daughter’s newfound love of face-painting.

It is a rather amusing photo because with that shade of green it looks like something Jeff Hardy might try as a design on his face except Angle’s little girl could use some pointers from the Charismatic Enigma.

My daughter Sophia drew on her face with a marker. Damn you Jeff Hardy!!!!!