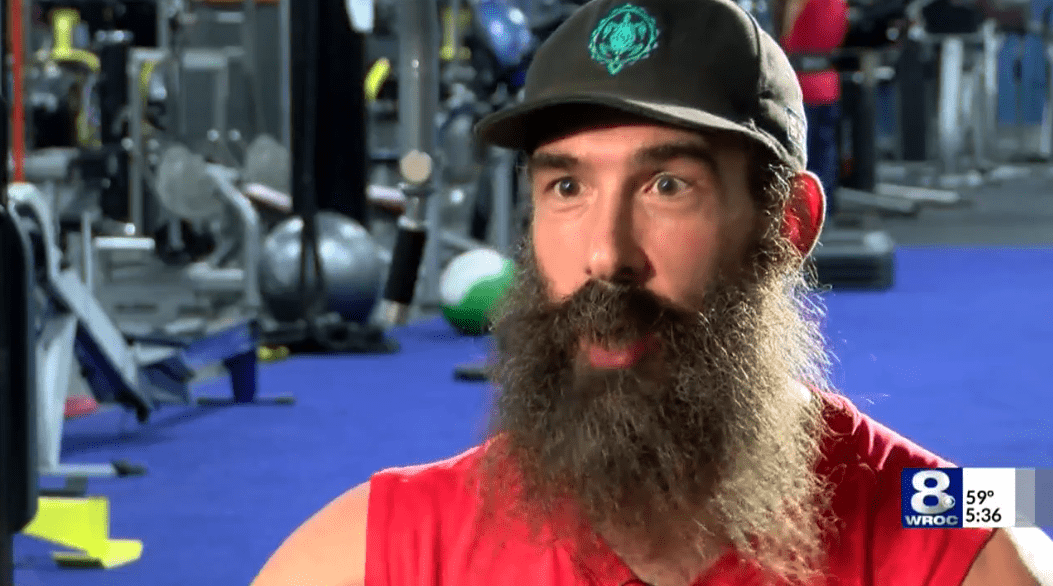 You read that right. One half of the Bludgeon Brothers, and now SmackDown tag team champion Luke Harper, had a rough path in his early climb towards becoming a superstar.

Harper (real name Jon Huber) had a sit down interview with Rochester First where he gives an in depth look at his early days working for independent promotions like Chikara, losing his father at a young age, and finally getting the call to have a try out for the WWE. That call came right at the perfect time:

My wife told me she was pregnant and I lost my job, I was a librarian at Frederick Douglas Middle School and so I thought the world was over and they called and said, “Hey, can you come for a trial and I said, ‘No, I have a broken leg.’

“My wife was 8 months pregnant and I was just coming back from Japan and I said, ‘Honey, I’m done, this is it, I’m just going to go get another real job and we’ll make do here,’ and that’s the day (WWE called saying), ‘Hey, can you come for a tryout?’

It’s always inspiring to see the journey some superstars had to take to achieve their dream.

Harper has consistently been one of the better performers within the company, and neared main event status last year on SmackDown Live. During the Bray Wyatt/Randy Orton feud for the WWE Championship many believe that their WrestleMania 33 blowoff should have been a triple-threat involving Harper since he was so heavily incorporated into the story. (Harper would end up in the Andre Battle Royal.)

Flash forward to just a few weeks ago in New Orleans. Luke Harper and Erick Rowan decimate the New Day and the Usos to capture tag team gold on the biggest stage of them all. Even better, Harper’s wife and sons were in the crowd to watch it all go down.