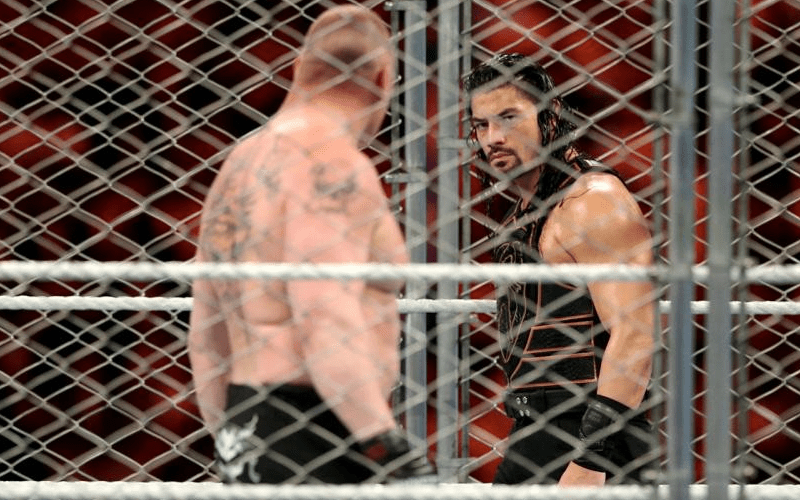 There is a rumor floating around via PW Stream that WWE “worked” people backstage regarding the planned finish for Brock Lesnar vs. Roman Reigns at Friday’s Greatest Royal Rumble event.

The idea was that WWE was attempting to “swerve” people by putting out promotional posters, advertisements/promos, and magazine covers that would suggest Reigns would be champion (we have yet to see these) after The Greatest Royal Rumble event.

Per sources: Much like at #WrestleMania, everyone backstage was worked on the result of the Reigns vs. Lesnar match. Posters, magazine copy and promo material all included Reigns as champion following #WWEGRR.

These claims made by PWStream are not accurate at all. According to PWInsider, the planned finish for Reigns vs. Lesnar at The Greatest Royal Rumble event was always for Lesnar to retain the WWE Universal Championship title. We have also been told by our sources that Lesnar would be victorious in this match.

The belief is if WWE had plans to put the title on Reigns, it would have been done at WrestleMania and not the Greatest Royal Rumble event.