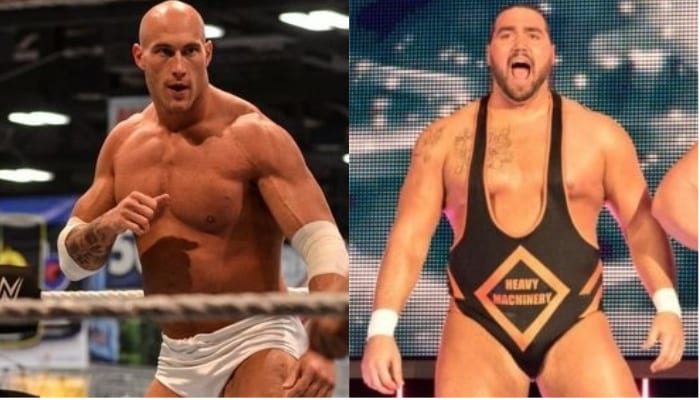 The Greatest Royal Rumble Match featured plenty of guys who weren’t expected including NXT stars Tucker Knight and Dan Matha. But it turns out there was a very good reason they were included in the 50-man match.

Dave Meltzer noted on Wrestling Observer Radio that WWE goes with big guys when trying to get over in a foreign market which is why Mark Henry, Babatunde, and a former sumo wrestler was included in the match.

But Knight and Matha were also in Saudi Arabia anyway helping out with the WWE tryouts. The two were featured in plenty of promotional videos from the tryouts which were way more documented than WWE tryouts usually are.

Therefore, Tucker Knight and Dan Matha were likely given a reward for a good week of training future WWE Superstars and were included in the match.

This is, without a doubt, one of the most INTENSE games of tug of war that you will ever see! We'll let @TuckerKnightWWE & @TheDanMatha take it from here… #KSATryouts pic.twitter.com/W2bJKvvRNn