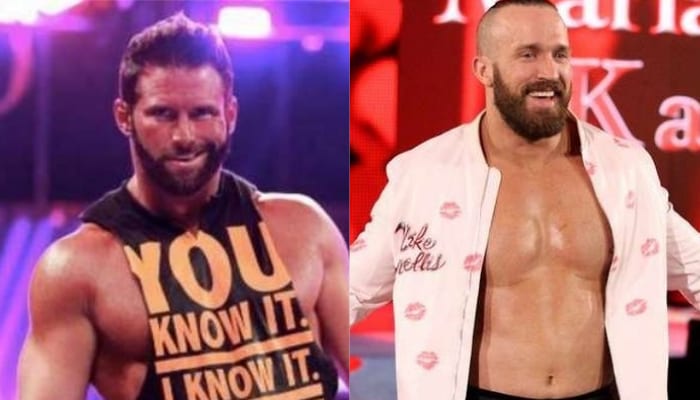 Zack Ryder was recently injured during a Main Event taping. He was in a match against Mike Kanellis at the time and was flown back to Orlando the next day when it was determined that he doesn’t need surgery.

But Ryder still won’t be able to attend the Greatest Royal Rumble in Saudi Arabia which is something he was probably looking forward to.

Kanellis recently tweeted out how cool it is to be able to go to Jeddah with the WWE main roster but when Zack Ryder saw this he was less than amused. Zack soon found himself tweeting out, “I would be there… but I got injured wrestling you. Thanks for rubbing it in.”

Zack Ryder might not be too cool with sitting at home this weekend. 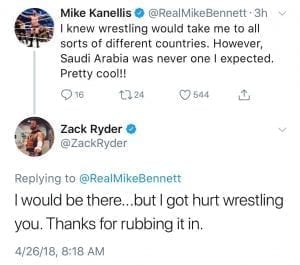