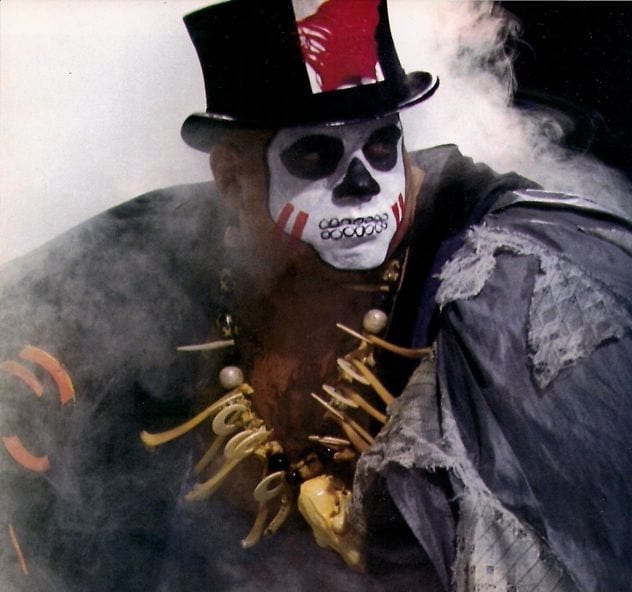 Papa Shango’s character has a ton of mystery attached to it and scared a lot of us when we were kids, but it turns out he’s still just The Godfather when you take off his makeup.

Magnum CK recently spoke to Still Real After Party about his recent experience with Papa Shango at an AIW event where he pulled back the curtain and revealed how the WWE Hall Of Famer plans out one of his signature spots.

“So I go in there and I’m kind of talking to him and I introduce myself you know in the mirror and he’s putting on his makeup and I was like, ‘well we have a couple ideas but we wanted to see what you normally do.’ And he said, ‘I’ll come out and I’ll start shaking like this’ and he starts acting it all out ‘and I’ll put my hands in the air and yell and then you know you guys just get voodoo’ed or whatever. Just do your thing.'”

So apparently, people just do their thing when they’re under a voodoo curse. Here’s a video of how it all went down so you can see for yourselves.

Thanks to Still Real To Us for the transcription