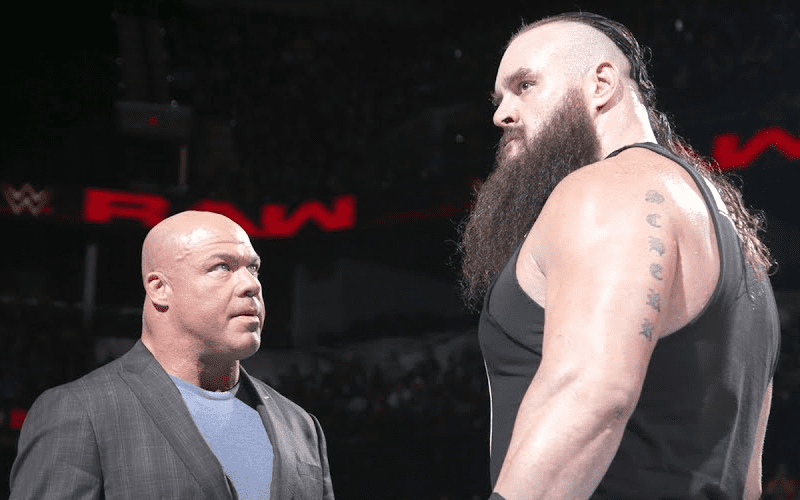 Braun Strowman was fired by Kurt Angle a couple of months ago when he went ballistic and risked the lives of not only himself but fellow WWE Superstars. But a week later Stephanie McMahon brought The Monster Among Men back.

The story of Braun and Stephanie was mentioned on Wrestling Observer Radio this week as it was noted that it seems WWE has pushed past this storyline never to revisit it.

Dave Meltzer wondered why Stephanie McMahon would also rehire Kevin Owens other than if she just hater her father. After all, Owens is a man who threatened her own father’s life with that bloody headbutt and assault to build toward the Hell In A Cell match with Shane McMahon.

“It’s like what’s the reason she would bring them in? Other than she thinks that they’re really talented, okay. She wants to make Kurt’s life [miserable] you know it’s like Kurt… you know it’s like isn’t Vince more important than Kurt?”

“So yeah, I guess it’s that they just don’t have an answer to that question. We were never told [why Stephanie McMahon brought back Braun Strowman] yeah they never… but there’s no point now because it doesn’t matter everyone’s forgotten.”

Well, we didn’t forget and we’re still wondering why Braun Strowman was brought back after he went crazy and tipped over a semi truck.