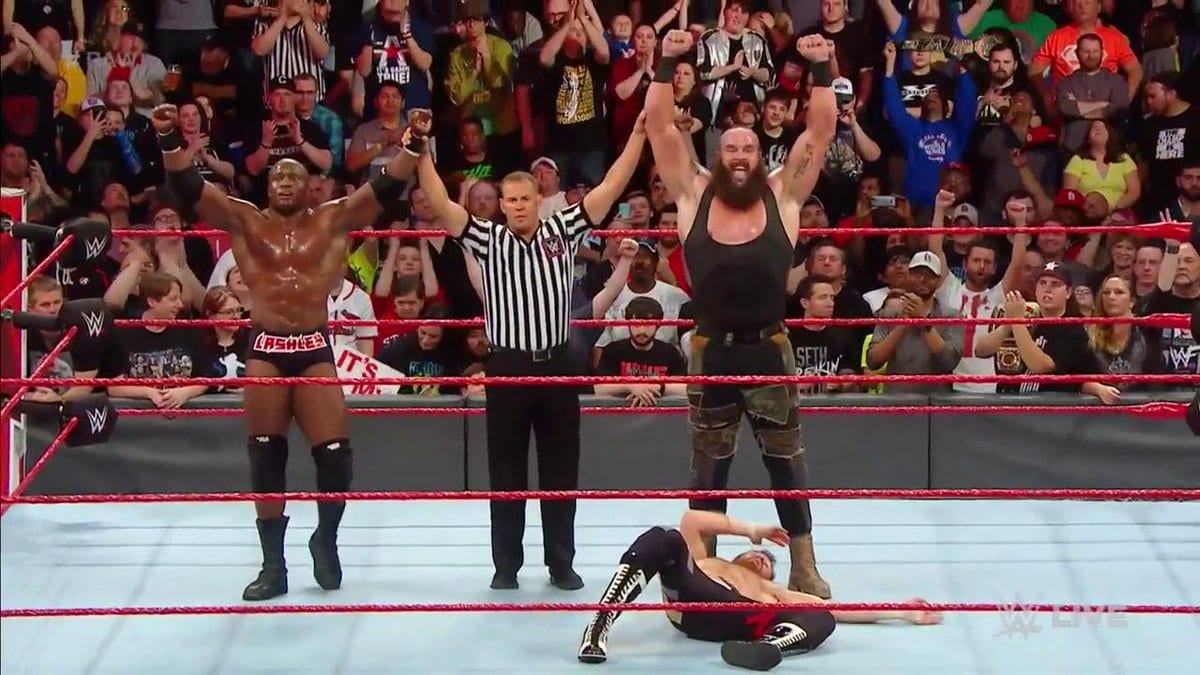 You never know what can happen in WWE, especially if you are on the wrong side of the General Manager. Sami Zayn and Kevin Owens recently found out what kind of booking skills Kurt Angle had when he arranged a match against Bobby Lashley and Braun Strowman that didn’t go well for the former SmackDown Live Superstars.

After everything was said and done, Sami Zayn obviously didn’t feel too well about what happened. While he sold the assault he said how dizzy and nauseous he felt which could be a sign of head trauma if this wasn’t part of the storyline.

“I can’t scream at you, I can’t slap the mic out of your hand. So please go away.”

Sami Zayn is a pretty tough guy but he still asked for a trainer as Kevin Owen spoke up and said:

“He can’t scream, he can’t slap a microphone out of your hand but I still can. Leave him alone and get out of here.”

While everything was spinning for Sami, Kevin Owens asked if he would be okay for Saudi Arabia because he needs him there. If there’s some reason why Zayn can’t make the trip to Jeddah this might be a good way to write him out of the 50-man Greatest Royal Rumble match in the storyline.