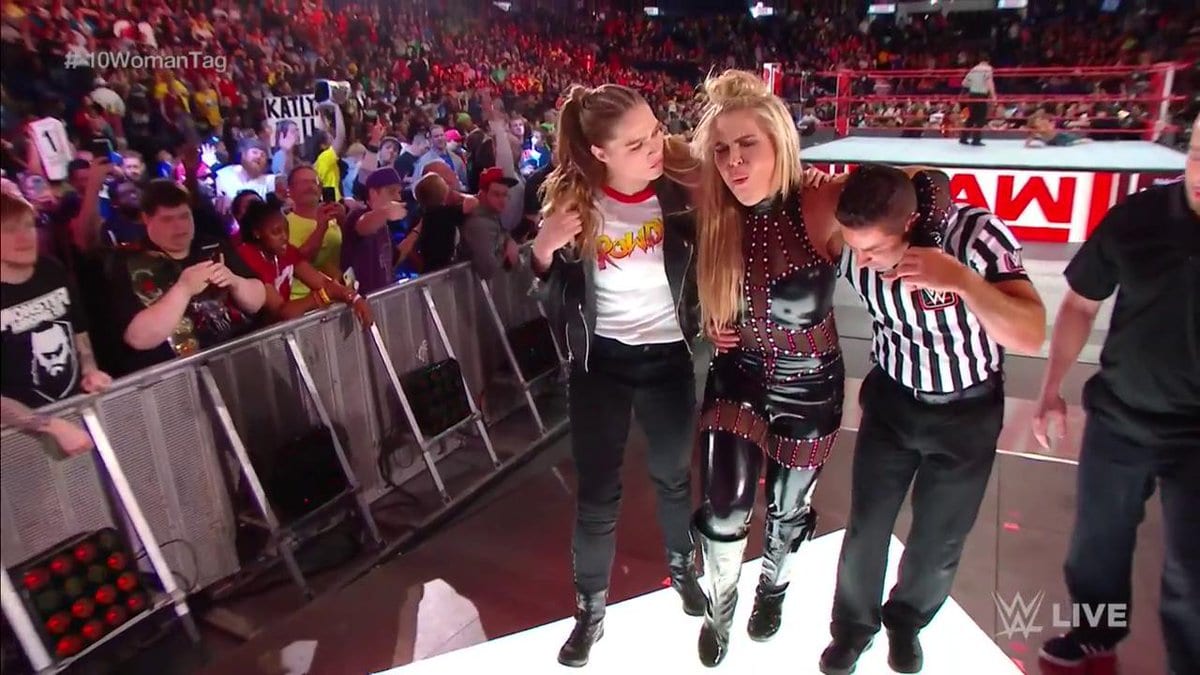 Natalya Neidhart is all about pro wrestling history because her family has helped create so much of it. She is currently in an on-screen alliance with Ronda Rousey given the fact that the two trained together in real life.

The Queen Of Harts recently tweeted out two pictures next to each other of herself and Rowdy Ronda Rousey next to her uncle Bret Hart and Ronda’s hero Rowdy Roddy Piper.

“Some things will never change. Thanks for having my back,” Nattie wrote along with posting the two pictures. It was a nice side-by-side comparison but could go on to be a bit of a spoiler as well.

What is very interesting is the fact is that Bret Hart and Roddy Piper did battle in the ring in what many consider to be the best wrestling match on WrestleMania 8. After all, some things never change… until they do. This very well could be the way Ronda and Nattie are heading as well because Rousey needs an opponent after she’s done tearing Mickie James apart.

Some things will never change. Thanks for having my back @RondaRousey … #RowdyHart ♥️ #raw pic.twitter.com/XmMCARYPRp