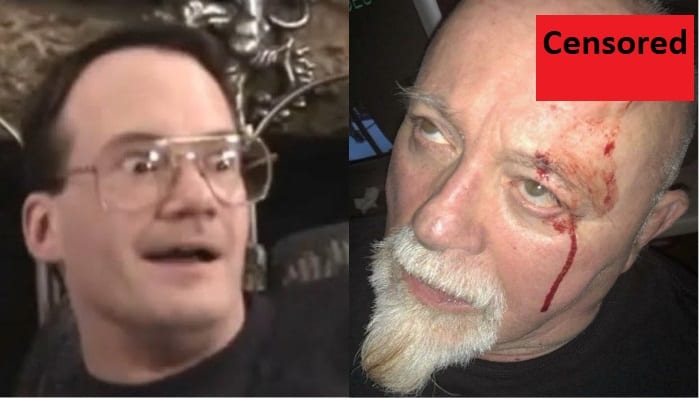 Jim Cornette is never a guy to keep things to himself and when the subject was recently brought up to him during Jim Cornette’s Drive-Thru concerning Sami Callihan’s dangerous incident on the indie wrestling scene with Kevin Sullivan, Cornette had a lot to say.

Corney said he didn’t want to address Callihan on Twitter because he didn’t want to give him any more followers because of how much Sami treasures his social media following. But he went on to verbally lambast Callihan for what he did in the ring while saying this was an unplanned assault on Kevin Sullivan and alluding to the fact it might not have been agreed upon either.

He also took a chance to come at fans of Sami Callihan in the process while comparing them to ICP’s followers as you can read from the censored transcription below because Jim Cornette drops a lot of F-bombs.

“I think Sami Callihan fans are a lot like Insane Clown Posse fans — the more that the guy’s a fuck up and a goof, the more the more for the people that like that kind of things that’s the kind of thing those people like.”

“It was described in an internet report that [Sami Callihan] threw a fucking chair at Kevin [Sullivan] and it looks like Kevin’s got a baseball split in half on his head and laid open. I don’t understand what this guy’s issue is — I have not spoken to Kevin about this.”

“How do you make that many mistakes? And once again, the only thing [Callihan] is doing right is making it a part of his gimmick. But I’m afraid it’s art imitating life here because I don’t think this guy knows what he’s doing and he’s being wreckless with people.”

“Kevin Sullivan worked with me for months and months and months with the Big Boss Man, the Mongolian Stomper, and Brian Lee and all kinds of people. And someone how I don’t ever remember him getting hardwayed at any Smokey Mountain Wrestling show. And now that he’s semi-retired he goes and does shit like this to benefit these people and this guy cracks him over the head with a chair that he apparently didn’t see coming or couldn’t do anything about.”

“I guarentee you Kevin was not acquiescing to a goddamn hardway at that particular point so apparently this was unplanned.”

It looks like as hard as Sami Callihan might be working he’s still not made a fan out of Jim Cornette.