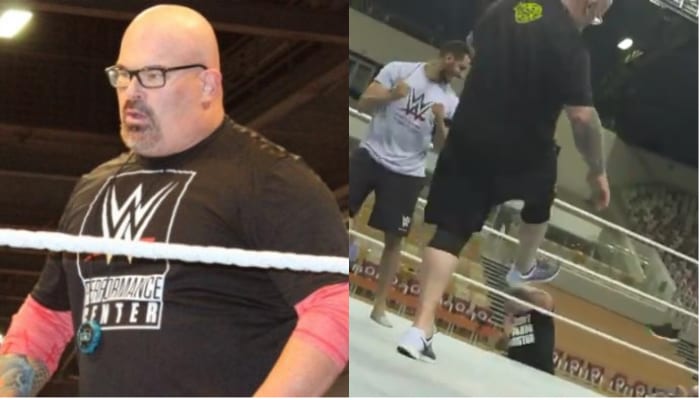 WWE recently held some intense tryouts in Saudi Arabia as they plan to open a new WWE Performance Center there. 8 guys got the chance to continue their training with WWE but it wasn’t without incident.

During one of the drills, a couple tryout participants were doing rolls and someone’s shoe accidentally flew off and hit Matt Bloom who was standing in the middle of the ring watching it all go down. It didn’t take long for Bloom to punt the shoe across the room which drew a nice pop from the crowd.

As the two continued to keep going, you can also clearly hear Mojo Rawly rooting on the WWE hopeful as he kept doing drills with one shoe. This was not only impressive and funny at the same time.

If a shoe falls off during rolls, @NXTMattBloom has NO PROBLEM kicking one out of the ring! See for yourself… #KSATryouts #WWEGRR pic.twitter.com/mCiFmXFE7l