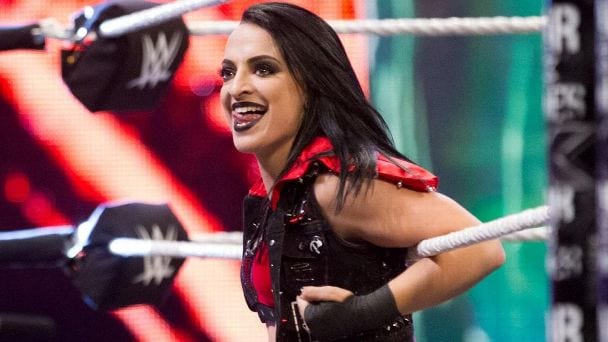 Kairi Sane has received the attention of the pro wrestling world not just for her work in Japan but she has also made plenty of waves in WWE during her short time with the company so far.

This all started after Oney Lorcan apologized to Kairi Sane for stealing her jacket. The Mae Young Classic winner replied saying, “I will give you my diving elbow. I’m just kidding. Everyone has days like that! Don’t worry.” Then she included emojis of a winkie face and anchor because she’s the Pirate Princess.

Ruby Riott saw this and had a simple reply to Sane which very well could be a shared opinion by the WWE Universe if/when Kairi Sane finally makes her way up to either main roster show. Both in and out of the ring, Kairi Sane is a lot of fun.