Ryback opens today’s show by speaking about HBO’s Andre the Giant documentary. He points out that his first wrestling memory was going to a WWE show when he was 4 or 5 years old, and all he can remember is Hulk Hogan’s yellow trucks and Andre’s black singlet. Ryback hasn’t seen the film yet but he plans on watching it because he’s heard good things about it so far.

He adds that Andre’s health condition made life quite difficult for him, and it’d be impossible for us to understand the daily struggles he must have went through.

Ryback sends congratulations out to the multiple NXT Superstars who made their debut on WWE programming this past week. He points out that this is what all those talents have been working for and it’s very tough to reach that level, so he wishes them all the best of luck moving forward. He adds that what works in NXT doesn’t always work on the main roster. 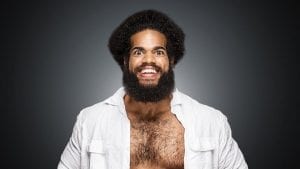 The No Way Jose character reminded him a lot of Adam Rose and that’s concerning, but it also doesn’t mean we shouldn’t give it a chance. The only thing that will determine whether these talents can succeed is time, and if WWE presents them in good situations, they’ll have a chance to succeed.

He wishes Ember Moon would change her finishing move. He points out that “ass bumps” are very dangerous and are terrible for your back. Ryback used to perform a backpack stunner move and he blames his back issues on that move. He wishes someone backstage in WWE would warn Ember Moon of the potential issues that a move like that can lead to down the road.