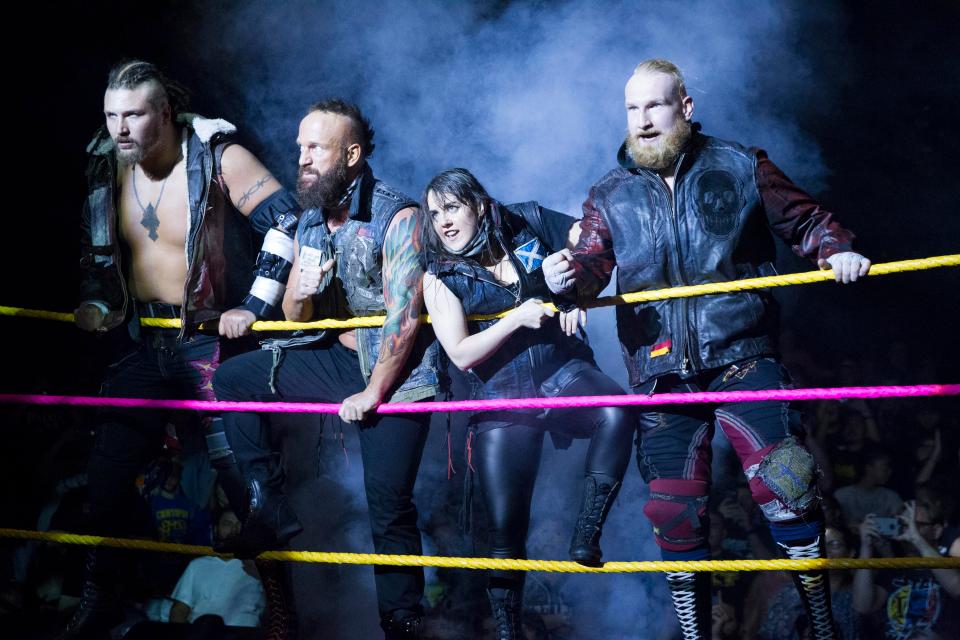 Although they didn’t appear in the ring, SAnitY did show up in a graphic on SmackDown Live during the 2nd night of the Superstar Shake-Up to signify that they are on the way to Tuesday nights. But apparently, they will be making the jump without Nikki Cross.

Several fans have wondered why Cross wasn’t called up to the main roster along with Eric Young, Alexander Wolfe, and Killian Dane. Dave Meltzer might have had an explanation for this on Wrestling Observer Radio and as it turns out the answer might be rather simple.

“I’m surprised no Nikki Cross. I think maybe they’re going to do something with Nikki Cross and Shayna Baszler because Shayna is with the exception of Kairi Sane, Shayna Baszler is really weak on opponents in NXT but I think she would have been good for that act on the main roster.”

“SAnitY can be a babyface team, they could be a heel team either one mixed with all the other teams they’ve got. You know, it’s new matches “

So it looks like Cross might be sticking around in NXT a little bit longer just because of the simple fact that they still need her down there.