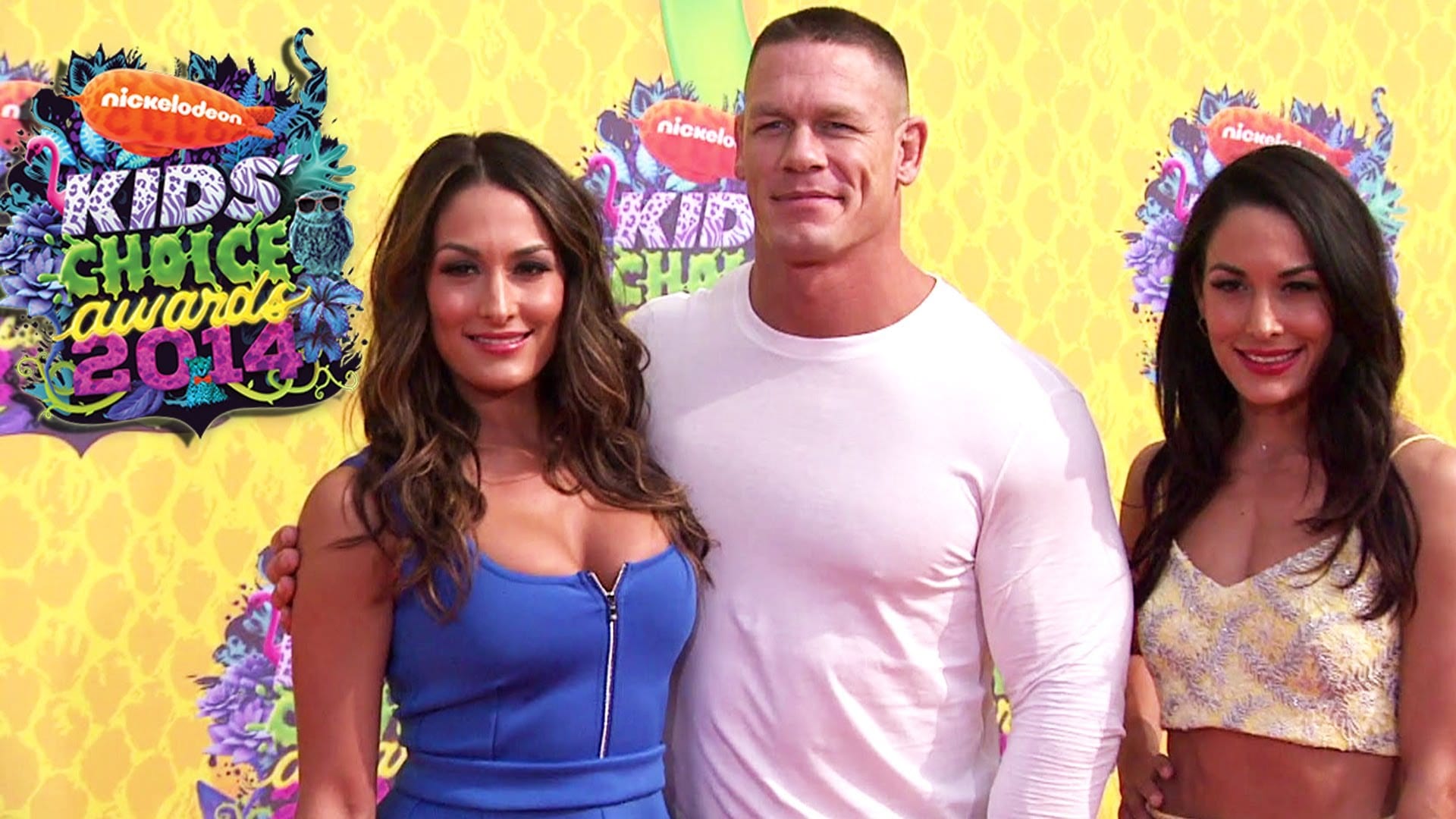 Jonn Cena and Nikki Bella are no longer a couple and there have been several reports on the matter because loads of people are interested in what’s going on in their personal lives.

People published a report saying a source which claimed to be close to the situation said “Brie wants to kill him” referring to John Cena. The report said she is furious about him hurting Nikki Bella.

But Brie didn’t take long to set the record straight on the matter. She posted a screenshot to her Instagram story of an article including the quote from People which you can see in below. Bella circled the line about her wanting to kill Cena and said “false!!”

She also included some text at the bottom saying she will always love John Cena like a brother and her heart is hurting for both her sister and Cena during this difficult time. 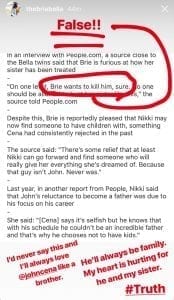