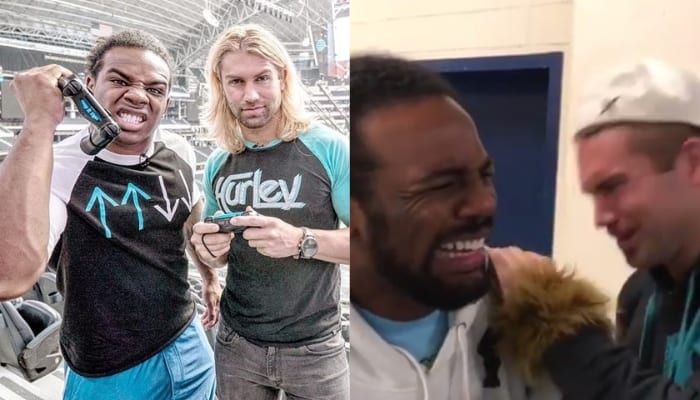 The WWE Superstar Shake-Up is bound to split some people up on screen but it looks like a backstage friendship was also a victim of this year’s Shake-Up as well.

Xavier Woods and Tyler Breeze are very close and Breeze often appears on Woods’ UpUpDownDown YouTube Channel. Their friendship back to their NXT days has been well documented as well but it looks like they’ll be seeing a lot less of each other after this week because Breezango was sent over to Raw while The New Day was not.

The two cried and hugged it out in an emotional display. It might have been for comedic purposes in the end, but there was probably some real sadness there too. If anything, Woods will have to find someone else to play video games with although there is no shortage of gamers backstage in WWE these days.